“It’s been great to see the incredible response to ‘Die Hart’ on The Roku Channel,” Hart said in a statement. “We’re excited to be partnering with Roku to bring another season to its audience.”

The series is the first Roku Original to be renewed, and comes after the show pulled in a “record number of households streaming the series” the weekend following its May 20 debut. (Company executives declined to share specific streaming figures.) The new season, continuing its homage to the “Die Hard” franchise, will be dubbed “Die Harter.”

“This was not a difficult decision to make,” Colin Davis, Roku’s head of original scripted programming, told TheWrap. “Roku’s massive scale and built-in audience means series like ‘Die Hart’ can reach millions of engaged users, and to me, the [show’s] performance validates we have great content and it’s proof the content has a home at The Roku Channel.” 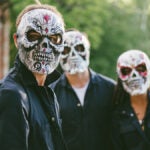 Also Read:
Roku Channel to Stream Saban Films for Free Within 3 Months After Release in Theaters

“Die Hart” was initially renewed by Quibi last September, after it was the app’s top-performing show over the summer. But the show’s future was put in limbo after Quibi folded up shop late last year. In the first season, Hart played a fictionalized version of himself who’s looking to avoid being typecast strictly as a funnyman. To do so, Hart went to a top notch “action star school” that was led by a nutty director (played by John Travolta) and pitted him against a strong-willed rival student (played by Nathalie Emmanuel), with the dream of becoming Hollywood’s next great action star.

“Die Hart,” has been available for free on The Roku Channel, the company’s ad-supported channel available to both Roku device users and people who download its app.

Rob Holmes, Roku’s VP of programming, told TheWrap “Die Hart” was a prime example of the “flywheel effect” the company has aimed for, where it “uses great content to attract users, and then that volume of users brings in more advertisers, which allows us to invest in more great content.”

Looking ahead, does this mean more ex-Quibi shows will be getting renewed by Roku soon? It sounds like there’s a good chance, with Davis telling TheWrap it’s “very fair to say we’re entertaining the possibility.”