Kevin Hart and F. Gary Gray will team up on the heist film “Lift” for Netflix, an individual with knowledge of the project told TheWrap.

The spec script, written by Dan Kunka, was acquired by the streamer in March. Simon Kinberg is producing alongside Audrey Chon for Genre Pictures, while Matt Reeves and Adam Kassan are producing for 6th & Idaho and Hart and Brian Smiley for HartBeat Productions.

Hart is set to play a master thief who is convinced by his ex-girlfriend and the FBI to pull off an impossible heist on a flight from London to Zurich. 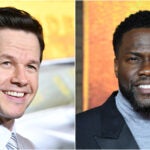 Also Read:
Mark Wahlberg to Star Opposite Kevin Hart in ‘Me Time’ for Netflix

Hart and Netflix have a creative partnership and are currently in production on “Me Time” starring Mark Wahlberg and Regina Hall.

Gray’s credits include “Straight Outta Compton,” “The Fate of the Furious” and “Men in Black: International,” and he is set to direct “Muscle” with Vin Diesel after “Lift.” He is repped by UTA and Artists First.

Hart’s recent credits include “Fatherhood” and “Jumanji: The Next Level” as well as “Die Hart,” and will next be seen in the TV mini series “True Story,” as well as “The Man From Toronto” and “Borderlands.” Hart is represented by UTA and 3 Arts.

Kunka is repped by Verve and Lit Entertainment Group.