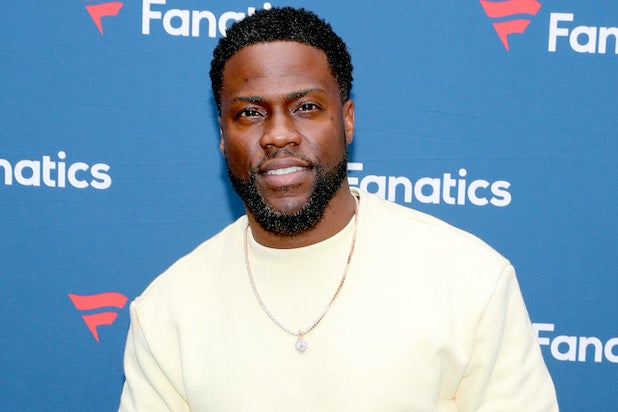 Kevin Hart’s “Fatherhood” will hit Netflix on Father’s Day weekend after the streamer licensed the worldwide rights to the film from Sony Pictures.

The film is an adaptation of author Matt Logelin’s memoir “Two Kisses For Maddy: A Memoir Of Loss & Love.” Hart stars as a dad who is forced to raise his baby girl on his own after his wife’s unexpected death. The film also stars Alfre Woodard, Lil Rel Howery, DeWanda Wise, Anthony Carrigan, Melody Hurd and Paul Reiser.

Earlier this year, Hart and his HartBeat Productions signed an exclusive partnership with Netflix for feature films as well as a first-look production deal. “Fatherhood” is not part of the overall deal.

Also Read: Kevin Hart Signs Megadeal With Netflix to Star in and Produce at Least 4 Films