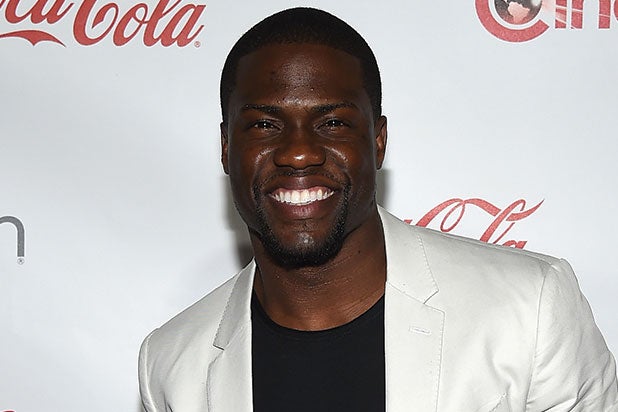 Lionsgate and Kevin Hart will launch an online video-on-demand service called Laugh Out Loud in the fall, with exclusives on all his content not stemming from his movies or live touring.

The partnership with the comedian and his company, Hartbeat Digital, will include original series. Some will star Hart, such as a hidden-camera prank show with Hart posing as an undercover driver for app-based ride-hailing service Lyft. And other shows will feature up-and-coming comedians and social stars, like Logan Paul, who has 9.1 million follows on Vine, the six-second-video service from Twitter.

They didn’t specify a price for the service.

Laugh Out Loud will join a parade of digital subscription services launching in the hope of luring paid subscriptions from niche audiences. Traditional TV and film companies and digital upstarts are vying to establish online membership models, as consumers’ progressively shift more viewing from live, linear TV to online alternatives.

Hart and Lionsgate will also create a tablet game. In the social game, Hart mentors players on a journey to become “comedic rock stars” through touring the country, starring in movies and hosting award shows.

“Lionsgate has always been a great partner of mine, and I’m more than excited to take our business and creative relationship to new levels,” Hart said in a statement.  “I understand the direction in which the television business is headed, and I see this big new space toward which audiences are starting to gravitate.”

Lionsgate CEO Jon Feltheimer touted Hart as “one of the biggest stars in the world.”

“We’re proud to kick off our partnership with a new OTT platform as well as a mobile game, extending a collaboration that began with the film ‘Kevin Hart: Let Me Explain,” he said.

Jeff Clanagan, the  CEO of independent studio Codeblack and Hart’s longtime business partner, has been named president of the new service, as well as Hartbeat Digital.