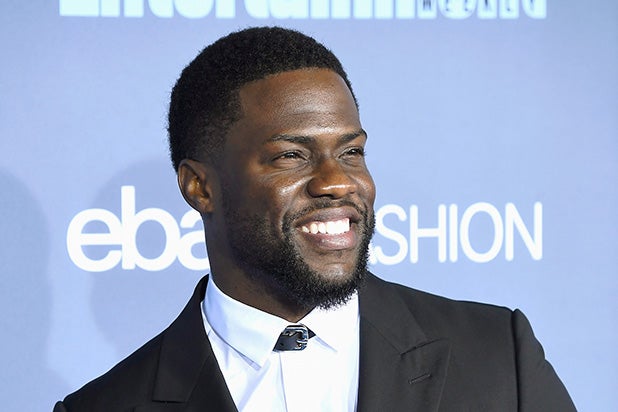 Nickelodeon has signed an exclusive first-look deal with Kevin Hart, the network announced on Thursday.

Under the deal, Hart will produce and develop live-action scripted kids content for the network via his HartBeat Productions banner.

“For me, Nick has always represented everything fun about being a kid, and it’s still at the forefront today of kids’ and family entertainment,” Hart said in a statement. “I’ve been slimed at ‘Kids’ Choice,’ won a lot of Orange Blimps and my kids are my very own built-in focus group, so I’m ready to dive in and make some next-level shows with Brian and everyone at Nickelodeon.”

The deal for Hart comes 10 days after Viacom tapped AwesomenessTV co-founder Brian Robbins as the network’s new president, replacing Cyma Zarghami, who left the company in June after a 30-year tenure.

Added Robbins: “I’m excited to inherit this terrific content deal with Kevin Hart just as I step into my new role at Nickelodeon. Kevin is an incredible talent whose appeal cuts across practically every age group and every member of the family.  He knows how to create unforgettable characters, and I can’t wait for him and HartBeat Productions to focus their creativity on making great new content with us.”

Hart most recently starred in the film “Night School” with Tiffany Haddish, which opened at number one at the box office for its Sept. 28 debut, marking the biggest comedy opening weekend of 2018. In addition to numerous TV and film projects he and HartBeat currently have in development, Hart also currently has a first-look film deal with Universal Studios.