Kevin Hart and Snoop Dogg are apparently “Olympics enthusiasts,” according to Peacock, and will recap the Tokyo Olympics for the NBCUniversal streaming service.

Peacock describes new series “Olympic Highlights With Kevin Hart and Snoop Dogg” as a “hilariously funny commentary series,” in which the duo “will recap the Olympics’ most impressive displays of athleticism, as well as the moments that don’t go as planned.” It’s not clear yet when the show will air, or how frequently.

“Kevin and Snoop will be your comedy guides through the Tokyo Olympics,” Peacock promises in its logline. 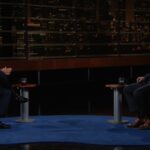 Though some doubted the postponed Summer Games would actually happen this year, host network NBC was always pretty confident — despite local COVID-19 spikes in the Japanese capital city. The decision to stick with Summer 2021 has not been without its critics — including one particularly prominent one. 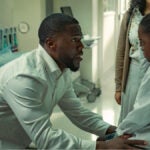 The comments came during a lengthy, free-ranging talk between Maher and Costas. Costas said the Tokyo Games should be “postponed, not canceled. If they postponed it until the summer of 2022, then as a one-off it would go back to the way it was prior to the ’90s,” by which he meant holding the winter and summer games in the same calendar year.

In response, Maher flat out asked Costas if it’s wrong to think the IOC is “shady.” Costa’s blunt answer: “It’s not wrong. They have an affinity for authoritarian regimes. They’ll be back in Beijing for the Winter Olympics. They were in Sochi (Russia) in 2014. They were in Beijing in 2008.”

Costas also pointed out that “all of the contracts are written in favor of the IOC. So, if the Olympics are held, all the losses, all the cost overruns, they fall on the Olympic organizing committee of Tokyo. None of that is borne by the IOC. Plus, if the Games take place and NBC televises them, the IOC collects every last penny of the broadcast rights. So you can’t expect them to have the same view as everyone else.”