Weinstein, who will serve as chief development officer, will begin on Feb. 1. Weinstein was most recently UTA’s chief innovation officer. Additionally, Candle Media has hired Salil Mehta as its chief financial officer.

Weinstein will oversee new business development with an emphasis on social media, creator economy, ecommerce and Web3-centric opportunities. Mehta will oversee Candle’s overall financial operations in conjunction with the finance teams inside each of Candle’s business units. 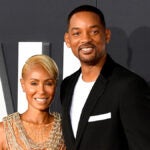 “We’ve known both Brent and Salil for many years and they are a fantastic addition to our core team at Candle,” said Mayer and Staggs. “Each brings substantial experience and expertise, and they will be instrumental in facilitating growth across our portfolio of companies and helping us identify new investment and business development opportunities.”

“Kevin, Tom and Blackstone have an inspiring vision for leveraging the technology-driven convergence of – and significant opportunities within – content, community and commerce,” said Weinstein. “I’m excited to join their growing team, and I’m grateful to UTA for an exhilarating and rewarding 20 years that have prepared me for this role.”