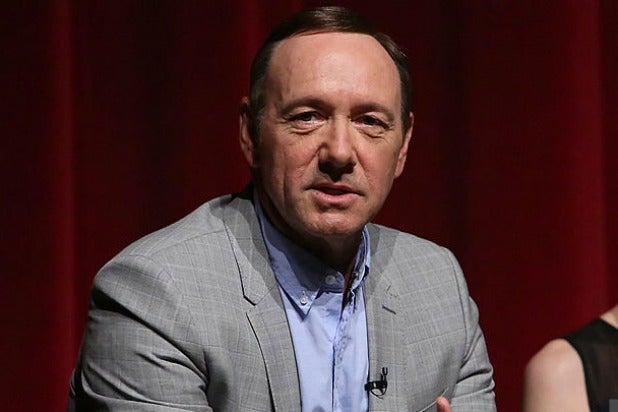 Kevin Spacey on Wednesday was sued by two men who say the actor sexually assaulted them in the 1980s when they were 14 years old.

The first plaintiff is Anthony Rapp, who previously said Spacey “tried to seduce” him decades ago when he was a 14-year-old actor appearing on Broadway. Rapp claimed that a then-26-year-old Spacey invited him to a party at the older actor’s apartment in 1986, placed him on his bed, climbed on top of him and made a sexual advance before the younger actor was able to “squirm” away.

Also Read: Kevin Spacey Compares His #MeToo Shunning to Pandemic: 'I Understand What It's Like Being Told You Can't Work' (Video)

Kevin Spacey did not immediately respond to TheWrap’s request for comment.

According to the suit, both Rapp and C.D. have suffered psychological damage, including “severe emotional distress, humiliation, fright, anger, depression and anxiety” due to Spacey’s abuse.

Kevin Spacey has faced criminal and civil charges in Nantucket, Massachusetts, and Los Angeles. The Nantucket case against Spacey was dropped in July 2019 due to “the unavailability of the complaining witness.” The unnamed accuser claimed that Spacey groped him at a Nantucket bar three years ago.

At the end of last year, Spacey settled a sexual assault lawsuit with an unidentified massage therapist who had said the actor forced him to touch his genitals twice during a massage session in Malibu. The man died earlier in 2019 of undisclosed causes, according to his attorney.

Kevin Spacey is also being investigated by Scotland Yard over six claims of sexual harassment and assault that allegedly occurred in London while the actor was artistic director of the Old Vic Theatre from 2004 to 2015.