An anonymous plaintiff suing Kevin Spacey for sexual battery must publicly reveal his identity to the court if he is to proceed with his lawsuit, a federal judge ruled on Monday.

C.D., who is now in his 50s, has argued that revealing his name would re-trigger PTSD of the sexual encounters, and he’s already indicated to the court that he would drop the suit if forced to reveal his name. But the judge has argued that C.D. has already shared his accusations to the press on numerous occasions and discussed the incident without agreeing to confidentiality since the 1990s, including to Vulture for a piece in 2017. 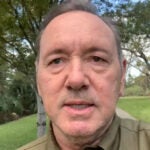 Also Read:
Kevin Spacey Resurfaces With a Christmas Eve Appeal for Suicide Prevention: ‘It Does Get Better’ (Video)

Judge Kaplan also ruled that Spacey’s defense could be harmed if C.D. remains anonymous and that the ruling was made in order to keep the trial fair.

“The evidence suggests that C.D. knowingly and repeatedly took the risk that any of these individuals at one point or another would reveal his true identity in a manner that would bring that identity to wide public attention, particularly given Spacey’s celebrity,” Kaplan wrote in his ruling. “He seeks $40 million in damages. He makes serious charges and, as a result, has put his credibility in issue.”

C.D.’s lawyer Peter Saghir has previously argued that his client could suffer anxiety and emotional distress from having to reveal his identity.

Lawyers for both the plaintiff and the defendant did not immediately respond to TheWrap’s request for comment. 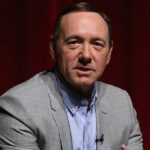 Also Read:
Kevin Spacey Compares His #MeToo Shunning to Pandemic: ‘I Understand What It’s Like Being Told You Can’t Work’ (Video)