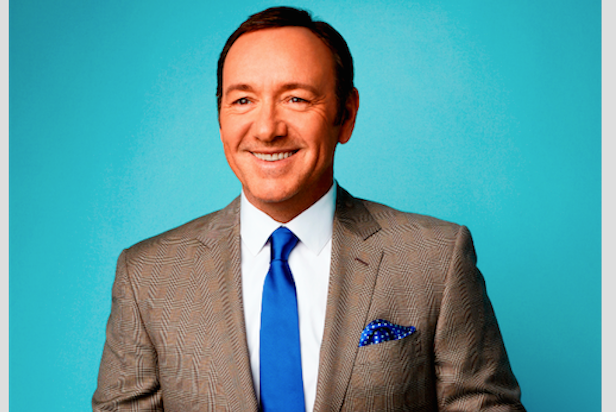 Actor-producer Kevin Spacey was named Relativity Media’s studio head along with producer Dana Brunetti earlier this month, and Spacey has big plans to turn the company around and restore its credibility.

“There’s been a lot of bad ink, a lot of, quite frankly, fuzzy journalistic reporting, not entirely accurate, but you know, our job is to right the ship, to bring a level of credibility to Relativity when it needs it. And I think — I hope — that a lot of people will come now and want to make films with Dana and I,” Spacey told Tania Bryer and Carlos Moreira, CEO and Founder of WISeKey security at Davos.

The company filed for Chapter 11 last July and has been preparing to release several of its orphaned films in 2016. A completed financial reorganization plan goes before a U.S. Bankruptcy Court on Feb. 1.

“What we’re waiting for now is that the bankruptcy court is going to rule on February 2nd about whether the restructure will go forward. Every indication is that that will happen and, you know, that’s really the past,” Spacey added.

The surprise hire was a game changer for the embattled company, and Spacey explains that he never thought he would become a studio boss like the one he played in “Swimming with Sharks,” a film which he produced as well.

“I never imagined that one day it would actually become true, that I would become a studio boss. I hope that I won’t be an abusive one, and I’ve had some pretty good fortune in producing films that were character-driven dramas — films that I really thought were important and valuable to make, like ‘The Social Network’ and ‘Captain Phillips.’ And these films were made for budgets that were much more reasonable than the sort of big films that the studios have really focused on over the last 10 years.”

He hopes that during his stint as studio head, he can greenlight films for under $50 million and give audiences and filmmakers access to the kind of films that are not necessarily the “Marvel, kind of, work and the action figures.”

“This gave us an opportunity to, in a sense, grow our company to the point now where the company has been purchased by Relativity and now I’ve become the Chairman and Dana’s become the President, so that we’re in a position now where we can greenlight films and get movies made without having to go through the process that we have gone through before of trying to convince executives at studios that this is a good script, or this is a good director, or this is a good writer,” he added. “So we’ve never been on this side of the table, and it was an incredibly exciting opportunity for us.”

Watch the video in which Spacey talks about his new role as Relativity Media studio head below.