Despite rigorous protest from Hollywood, prospects appear good that one of the two companies looking to establish box-office futures trading will receive regulatory approval to set up its market on Friday. 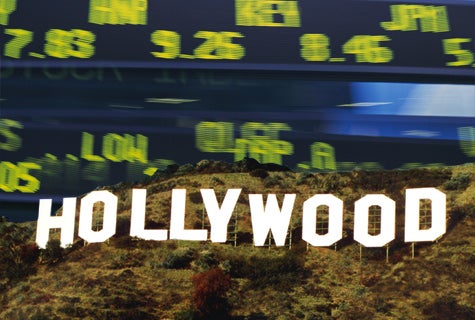 Officials for Chicago-based Media Derivatives confirmed to TheWrap that they expect the Commodity Futures Exchange Commission to sanction establishment of an exchange that would allow institutional traders to bid on projected domestic box-office performance of feature films.

“We think chances of gaining approval for the exchange are high,” said Rob Swagger, founder and CEO of Media Derivatives, which also operates under the name Trend Exchange. “We’ve met all the criteria for approval.”

Meanwhile, Bloomberg also reported Wednesday that the Commission’s staff is privately recommending approval for this market.

None of this, however, means that trading can commence soon.

On April 22, executives for Media Derivatives, as well as the other firm trying to set up a movie-futures exchange, Cantor Fitzgerald, will meet with the House Agriculture Committee’s Subcommittee on General Farm Commodities and Risk Management.

Reps from dissenting groups, including the Motion Picture Association of America, will also be at this meeting.

With approval of its exchange close at hand, Media Derivatives will be seeking a greenlight for the financial product that will enable actual trading, called Opening Weekend Motion Picture Revenue Contract.

Media Derivatives hopes to have that up and running by the third quarter of this year.

Meanwhile, Cantor Fitzgerald — which unlike Media Derivatives, has opened its exchange up beyond just institutional investors — also expects to have the basic infrastructure for its futures market approved by the CFTC by the end of this month.

Both companies have come under intense fire from a powerful coalition of Hollywood groups led by the MPAA.

This group has lobbied the CFTC to reject approval for the trading markets, arguing that they constitute “legalized betting” based on the performance of movie box office.

Operators of both exchanges, meanwhile, argue that futures markets will offer a valuable tool for producers, large banking institutions, private equity firms and hedge-fund operators to offset risk amid what has been a tight film-finance climate of late.