It’s odd that a musician who has climbed above the noise with 50 million streams across YouTube, Spotify and Apple Music — objective metrics of unqualified success — is still on the verge of a bigger break, yet, that’s where Kiana Lede sits.

The 20-year-old begins releasing a stream of original bluesy pop singles over the next few months, though she could own a stage at New Orleans’ Jazz Fest if it were tonight.

For now, the singer and actress — known to many for playing Zoe on MTV’s “Scream” reboot — slayed an 11-song set for an intimate crowd of industry taste-makers at Soho House in West Hollywood Thursday night.

Packed in the private Luckman living room, you couldn’t see the walls, but you could see Republic Records founder and CEO Monte Lipman. He was front and center. 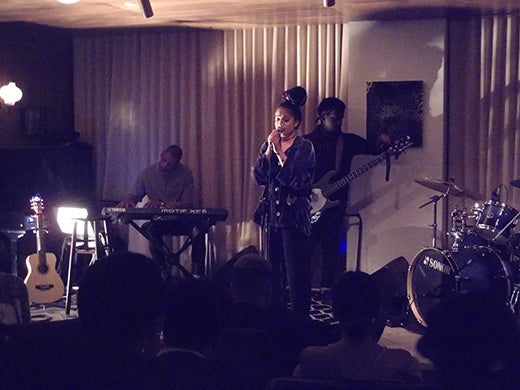 Ledé fronted a four piece band in the Luckman room. Cameras are usually persona-non-grata at Soho so forgive the moody photography. (Mikey Glazer)

After landing on Spotify’s coveted “Viral 50” playlist twice last year and inhabiting a slew of “Best Of” lists across the blogosphere for her vocal mashups of various Drake hits and earworms like “Let Me Love You,” this show marked the first time Lede played guitar live. Guests of the Heavy Group and Mike Jackson (the “La La Land” and “Underground” executive producer who organized the gathering) got an early introduction in an unlikely venue. 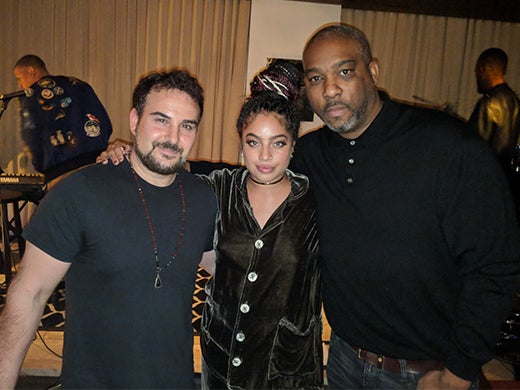 While it’s a tossup as to which one of her originals will be “the one” that catapults her into New Music Friday or the Mojave Tent, a strong contender is “If It’s Love.”

After a quickie lyrical lesson, Lede orchestrated a grizzled industry crowd into singing along with her in a call and response. They shouted “If it’s love, you got me feeling like s–t!”

“(A call and response) is the scariest moment for an artist,” Lede confessed afterwards. “Thank you for not making me look like an a–hole.” 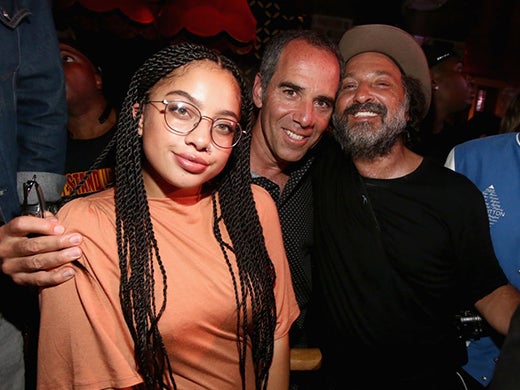 Ledé, Lipman, and Mr. Branwash at Republic’s 2017 VMA party at TAO this past summer. Fun fact: Lede made a hit cover of “White Iverson,” a song her labelmate Post Malone sang at this party. (Tommaso Bodhi/Getty Images)

Opening with “Big Spender,” she ran through “Love to Make ‘Em Cry,” and “One of Them Days,” amongs others before closing with her “Muddy Waters.” Managed by producer Jeremy Skaller, Lede is part of the Lipman brothers’ hit factory at Republic.

The showcase came together after a chance meeting with Jackson at a barbecue.

“I met this incredible human being and just chatted with her for awhile,” Jackson said. “Then, I found out she was this great singer.”

Many more at Soho now know the same. Lede’s “Fairplay” is out now.

New SoulFoodSession is out!! Link in my bio ???? @mikewoodss Also, original music is coming on 5.5.17!! #drake #postmalone