Kickboxer-turned-Right-wing media personality Andrew Tate spent Wednesday being mocked widely on Twitter after his attempt to start a beef with climate activist Greta Thunberg fizzled. Instead of a fight, Thunberg responded with a succinct, brutal put down that Tate was still talking about more than 10 hours later.

Tate continued by asking for Thunberg’s email address in order to “send a complete list of my car collection and their respective enormous emissions.

Just over an hour later, the 19-year-old replied “Yes, please do enlighten me. email me at smalldickenergy@getalife.com.” 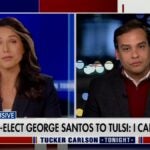 Thurberg hasn’t tweeted since. Tate, on the other hand, couldn’t seem to let it go. More than 9 hours after Thurnberg’s tweet, Tate responded with a lame comeback that barely rose to the level of “I know you are but what am I?”

“Thank you for confirming via your email address that you have a small penis @GretaThunberg The world was curious. And I do agree you should get a life,” Tate wrote Wednesday afternoon. Again, this took him more than 9 hours to come up with. The tweet also included a video rehashing the conflict while belittling Thunberg’s climate justice efforts.

Again, Thurnberg hasn’t tweeted since, but Tate spent the rest of Wednesday tweeting and retweeting about it, a pitiful series of exchanges that quite frankly embodied this classic Dril tweet.

Naturally, outside the bubble of his supporters, Tate was widely mocked on Twitter. One user, for instance, said, “I had literally never heard of Andrew Tate until he was murdered by Greta Thunberg this morning,” while another remarked “Andrew Tate will now be forever known as ‘that guy who got absolutely wrecked by Greta Thunberg on Twitter’ and nothing else.”

Another user commented how, despite Tate being 17 years older than Thunberg, “she’s way more mature” than Tate.

Read on for a sample of the things people said.

Check out more reactions below: