Iranian dissident journalist Masih Alinejad, a staunch critic of the country’s theocratic government, was the target of a plot by intelligence operatives to kidnap her and forcibly bring her back to Iran, federal prosecutors said Tuesday.

Four Iranian citizens, including an intelligence officer named Alireza Shavaroghi Farahani, have been indicted in New York, The New York Times reported. According to The Times, a fifth person, arrested in California, was accused of actively aiding the would-be kidnappers but did not otherwise participate. The four named defendants live in Iran.

Alinejad was not named by prosecutors, but she confirmed she was the target of the scheme Tuesday night, saying on Twitter “I am grateful to FBI for foiling the Islamic Republic of Iran’s Intelligence Ministry’s plot to kidnap me. This plot was orchestrated under Rouhani. This is the regime that kidnapped & executed Ruhollah Zam. They’ve also kidnapped and jailed Jamshid Sharmahd and many others.”

In a voicemail message to TheWrap editor-in-chief Sharon Waxman, Alinejad confirmed she was safe – but said the Iranian government has been torturing her family, and that her brother was sentenced to eight years in prison as part of an effort to pressure her. She has not wavered in her ongoing criticism of the Iranian government.

Federal officials say that the kidnappers attempted to lure her to a third country, and also conducted a long-term, sophisticated surveillance operation against her and members of her household in the United States. Alinejad is an American citizen.

Alinejad, an opponent of laws forcing women to wear hijabs and other repressive policies, often shares video of government officials harassing women, or women removing their veils in protest. In 2018, she spoke to TheWrap’s Waxman just days after the murder of Saudi dissident journalist Jamal Khashoggi by Saudi intelligence agents — a murder likely ordered by the autocratic country’s crown prince.

“My first reaction when I heard the news was I got goosebumps,” Alinejad said. “I said, ‘This could happen to me as well.’ We journalists of the Middle East — this is the fear we have in our hearts. We are not totally out of their reach.” 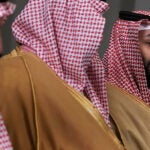 Also Read:
What Do We Do About Saudi Arabia and Jamal Khashoggi? The Truth Demands Action

That wasn’t just talk. In March 2018, Alinejad was threatened by a prominent member of the Basij — Iran’s officially sanctioned paramilitary force tasked with enforcing draconian social laws and rooting out dissidents. As Alinejad wrote in The Washington Post, the official told BBC’s Persian Service “that he would hire someone in America to kill Masih — to cut her chest, cut her tongue and send it to her parents in Iran.”

Alinejad attempted to lodge a complaint at the Iranian interest section in the Pakistan embassy in Washington, but was told she could not enter unless she covered her hair. She refused.

The apparent targeting of Alinejad isn’t an isolated event. The Iranian government has also targeted other dissidents. For instance, in 2020, two men were sentenced to prison for helping Iranian intelligence agents monitor U.S.-based members of the dissident group People’s Mujahedin of Iran.

Alinejad was a featured speaker at TheWrap Power Women Breakfast in June 2018, where she spoke about the misunderstandings Western feminists have about the Middle East. Watch her remarks below: