Showtime has found its FDR. Kiefer Sutherland will play the 32nd president on the network’s upcoming historical anthology series “The First Lady.”

Sutherland will star opposite Gillian Anderson, who is on board as former first lady Eleanor Roosevelt. 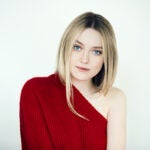 “The First Lady” is a reframing of American leadership told through the lens of the women at the heart of the White House. Produced by Showtime and Lionsgate Television, the series is executive produced by Cathy Schulman, Viola Davis, Julius Tennon, Andrew Wang, Susanne Bier, Jeff Gaspin and Brad Kaplan. The anthology series was created by author Aaron Cooley, who will write several of the episodes and executive produce.

Franklin Delano Roosevelt (FDR) was the 32nd president of the United States, from 1933 until his death in 1945, and the only U.S. president to serve for more than two terms. He married his fifth cousin Eleanor Roosevelt in 1905, and together the couple became the central figures in world events during the first half of the 20th century, eventually building the New Deal Coalition that defined modern liberalism in the U.S. In 1921, Roosevelt contracted polio, and his legs became permanently paralyzed. Unstoppable even after that, FDR is revered as one of the nation’s greatest presidents.

Sutherland is best known for his role as Jack Bauer on Fox’s “24” and will also star in an upcoming series for Paramount+.

FDR has been played by numerous actors over the years, including Bill Murray, John Voight and John Lithgow.