(Warning: This post contains spoilers for the fifth episode of “Killing Eve” Season 3.)

“Killing Eve” antiheroine Villanelle has spent the better part of the last two and half seasons searching for a real home, and up until the final moments of Season 2 that meant being around Eve. And where is she to go after plans fall through except back to the beginning?

Sunday’s episode, titled “Are You From Pinner?” reunited the offbeat assassin with her offbeat family, including the mother who dumped her at an orphanage when she was a child, a dopey brother who sleeps in a barn and an Elton John-obsessed young half-brother. (Plus, an assortment of off-putting step-relatives who are about as interesting to Villanelle as you’d expect.) It goes well — for the most part.

“It was so important to me that the audience go on this journey with her and experience all the emotions she’s feeling,” Comer said of her character’s trip back to Russia in an interview with TheWrap. “If there is anything Villanelle longs for it’s a sense of family and belonging, this is where she believes she’ll gain some understanding.” 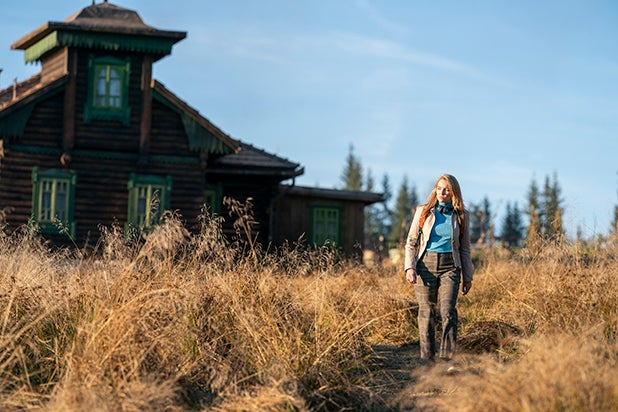 “I think she feels so disconnected from everything,” Comer said. “We’re told that family is where we belong, and that those are the ones who understand us most deeply. It’s a huge void in her life that now she is undeniably curious of.”

Villanelle’s brother Pyotr (Rob Feldman), at least, seems happy to learn that Villanelle didn’t actually die in the orphanage fire like he was told as a kid. They enjoy a meal together, bond over their shared violent tendencies, and he cheers her on as she absolutely destroys at every carnival game at the local festival.

It’s her reunion with her mother (Evgenia Dodina) that proves a bit more complicated. Though it starts out with a tearful hug and a drunken family rendition of “Crocodile Rock,” the dysfunction begins to creep further back to the surface the longer Villanelle stays.

Seeing her young half-brother Bor’ka (Temi Blaev) quietly suffer a lot of the same abuse she and Pyotr did as children raises a red flag for Villanelle, but the real problem may be the exact thing that led her to seek out her family in the first place. Maybe her mother does understand Villanelle and her “darkness.” Does that mean there’s nowhere Villanelle can call home without inevitably destroying?

By the time Villanelle says to her mother, “I think I need to kill you,” and lights the entire house up in a gas explosion, sparing only her two brothers, the outcome already feels like a foregone conclusion. 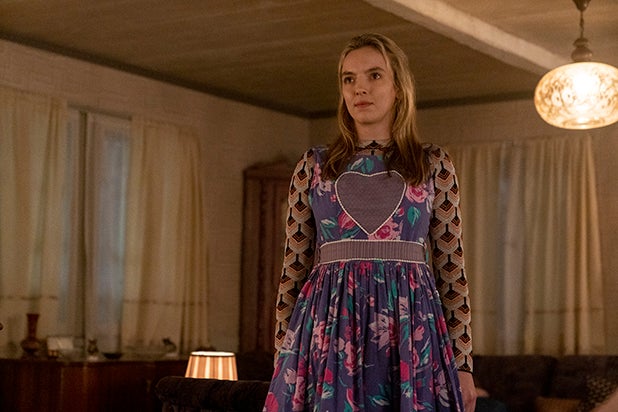 How Villanelle will react to everything that went down in Russia is “for the audience to suspect,” Comer said. “But I think the way in which she tells her mother she has to kill her says a lot.” But surely she’ll have some kind of emotional reaction to leaving her past behind.

“How long that lasts for is another question,” Comer said. “What happens in episode 5 changes her in a way in which we’ve never seen before.”