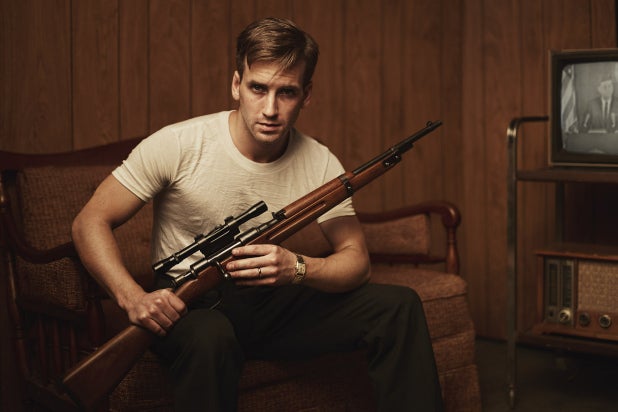 Will Rothhaar knows Lee Harvey Oswald inside and out. He may not have been born to play the role in the National Geographic Channel’s “Killing Kennedy,” but Rothhaar’s upbringing certainly made him a shoo-in.

As a kid, he spent a lot of time in Dallas — the city where John F. Kennedy was assassinated by Oswald, the man Rothhaar portrays. Rothhaar’s grandparents lived there, so he estimates that he has been to Dealey Plaza — the site of the shooting — at least five times. The first time he went, his father took him up to Oswald’s sniper’s nest in the Texas School Book Depository. The New York native’s parents are renowned stage actors Michael Rothhaar and Nancy Linehan Charles.

Rothhaar’s youthful fascination did not end with the visits. The then-child actor and his father would listen to an album of the musical “Assassins,” all the time. The final two tracks depict a fictional conversation between John Wilkes Boothe and Oswald. On the track, Oswald goes up to the nest to commit suicide, but Boothe convinces him to shoot the president instead. The memory — and the album — stuck around.

Also read: 7 Things We Learned About NatGeo’s ‘Killing Kennedy’ at Its Premiere

While filming the made-for-TV movie timed to the 50th anniversary of JFK’s death, Rothhaar listened to those final “Assassins” tracks every night before he went to sleep at the notoriously-haunted Jefferson Hotel. One night during the 18-day shoot, while struggling to get inside the character, Rothhaar felt Oswald’s physical presence, he told TheWrap.

It was so strong a feeling, that aloud, Rothhaar addressed the long-dead killer: “Man I’m so sorry, I’m sorry you had to go through that,” he said. “I wish I coulda been there to help you out, teach you how to play baseball.”

That’s when Rothhaar found his character — a man who he says just wanted someone to “pay attention to him … to hear about his day.”

The eerie moment allowed Rothhaar to reflect on how grateful he is that love wasn’t spared in his childhood home as it was in Oswald’s. “Nobody is hatched as a full grown monster,” Rothhaar said, adding that it was necessary to feel compassionately for a character that is viewed in this country as unsympathetic. He felt bad for the bad guy and on screen, that humanity comes out.

Also read: Dan Rather Snubbed by CBS on JFK Coverage, Goes to NBC

Rothhaar did not want to get into whether or not he buys into the conspiracy theories that would debunk the facts presented by “Killing Kennedy.” But he suggested that his personal opinions are not what will be seen on screen.

He told TheWrap that the TV film’s cast and crew would discuss those alternate theories all the time, but performed what was presented to them: a straight adaptation of the eponymous book from Fox News’ Bill O’Reilly and best-selling author Martin Dugard.

Thanks to that material, his inherent empathy and homemade JFK education, Rothhaar was unconcerned about taking on the role of the man who stole America’s innocence. But he knows there are “a lot of real serious people out there that take this really seriously,” he said. Speaking about his portrayal, he added, “I’m willing to believe there will be some backlash.”

Especially now that he killed JFK and Rob Lowe (who personifies the president in the TV film): “I know, they’re gonna hate me,” Rothhaar told TheWrap. “All those housewives in the Midwest are gonna be like, ‘You killed my crush!'”