Kim Cattrall has been tapped to star in the Netflix series “Glamorous.”

The “Sex and the City” alum will play makeup mogul Madolyn Addison, a veteran from the Golden Age of Supermodels who is the founder and CEO of the prestigious boutique beauty brand that bears her name.

The quick-witted executive is focused on shaking up her business and sees an opportunity in Marco Mejia (Miss Benny), taking him from the makeup counter to a seat at the table, ruffling feathers along the way. 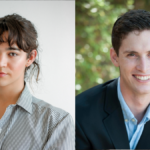 Miss Benny’s casting was previously announced. Marco Mejia is a young gender non-conforming queer man whose life seems to be stuck in place until he lands a job working for Madolyn. It’s Marco’s first chance to figure out what he wants out of life, who he actually is, and what it really means for him to be queer.

Netflix has given the series a 10-episode order. Jordon Nardino serves as writer and executive producer and Damon Wayans Jr. and Kameron Tarlow executive produce through Two Shakes Entertainment. The studio is CBS Studios.

Cattrall currently co-stars in Peacock’s revival of “Queer as Folk.” She also lent her voice as the narrator for Hulu’s “How I Met Your Father.” She earned five Emmy nominations for her turn as Samantha Jones on “Sex and the City.” 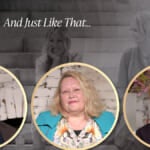 Also Read:
‘And Just Like That’ Star Cynthia Nixon and Costume Designers Discuss Miranda’s Style Evolution and Why Black Is The Sexiest Color | Wrap Video