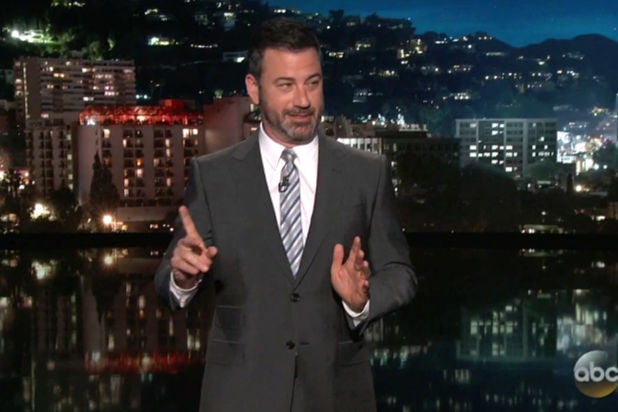 It’s been a couple days since Donald Trump’s summit with North Korean dictator Kim Jong Un, but we’re still sort figuring out that situation and that will be the case for a long time. Jimmy Kimmel spent a chunk of his monologue Wednesday going over the aftermath — specifically, Trump’s claim that all is right in the world after he failed to get Kim to commit to denuclearization.

“President Donald Trump arrived home this morning from Singapore. Here he is getting off Air Force One. No tie, no MAGA hat…I’m not sure that even is Donald Trump. Is it possible the North Koreans replaced him with a lookalike? If so, great! Thank you!” Kimmel joked.

“After a trip to the DryBar, the President took a victory lap on Twitter this morning — he’s basking in the glow of his lovefest with Kim Jong Un. He’s feeling very good about himself. In fact, I counted — as of 4 o’clock this afternoon, he had 14 straight tweets with an exclamation point at the end.”

Also Read: Colbert: 'Michael Cohen Is Going to Sing Like a Canary, Which Is Ironic Because It's Trump That Looks Like One'

Kimmel then went through two of the tweets.

“Including this one: ‘Just landed – a long trip, but everybody can now feel much safer than the day I took office.’ That’s true, I didn’t’ feel safe that day,” Kimmel said as an aside before continuing the tweet.

Next, Kimmel looked at Trump’s tweet that took a shot at President Obama.

“And, of course, no Donald Trump triumph would be complete without a shot at his predecessor,” Kimmel said. “He wrote: ‘Before taking office people were assuming that we were going to War with North Korea. President Obama said that North Korea was our biggest and most dangerous problem. No longer – sleep well tonight!’ Why is it that when he says ‘Sleep well tonight!’ it makes me worried he’s going to sneak into my bedroom and do something?”

Kimmel then discussed whether or not anything was actually accomplished at the meeting.

“Despite the President’s proclamations, many critics are complaining that North Korea didn’t commit to anything. They signed a vague promise to denuclearize, similar to those they’ve made and broken many times before. But, here’s the thing, come on. Does this look like a guy who would go back on his word?” Kimmel said as this image popped up on screen. 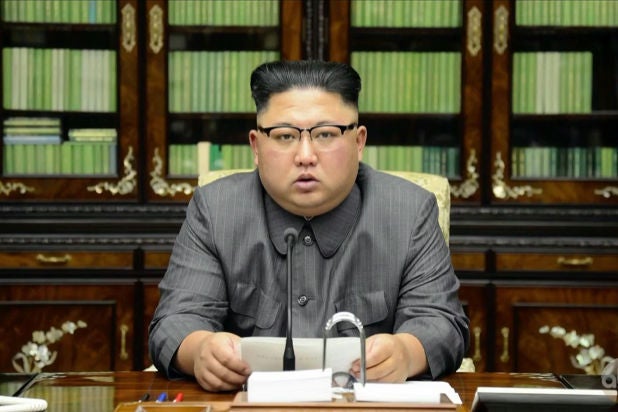 “I mean. If you can’t trust this face, I don’t know. That’s your problem.”

Kimmel wrapped up this thread in a more serious manner.

“Kim Jong Un is getting rid of his nukes the same way Donald Trump is building his wall,” he said. “They’re not.”

You can watch all of Wednesday’s episode of “Jimmy Kimmel Live” on ABC.com right here or on the ABC app.