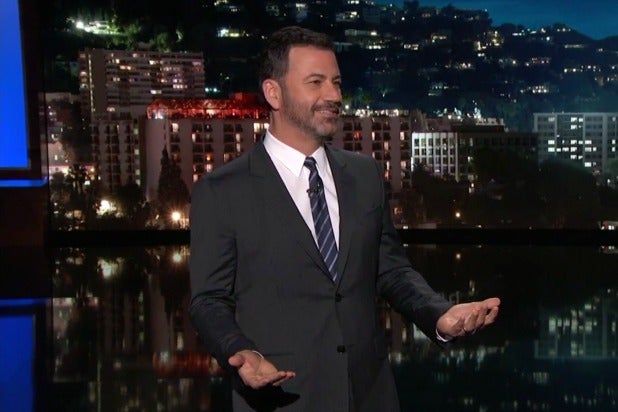 We’re in one of those times where the future feels pretty uncertain in the United States — it’s hard to tell really what’s going to happen in the world of politics in the near term, from the Mueller investigation to Trump’s new Supreme Court nominee to everything else that’s going on. But regardless of all that, things are not looking great for Trump’s old campaign manager Paul Manafort, who Jimmy Kimmel threw some jokes at to begin his “Jimmy Kimmel Live!” monologue Tuesday night.

“The Paul Manafort trial started today. That is something I would want no part of. Paul Manafort, the president’s former campaign chairman, was indicted on charges of disguising more than $30 million in shady foreign income by moving it through offshore accounts, lying to the banks and evading taxes on that money,” Kimmel said.

“If convicted he could get 305 years in prison. And for a ‘fake news witch hunt,’ that’s a lot of years. Real years.”

While this trial is unrelated to collusion, that doesn’t mean it’s not still funny, at least according to Kimmel.

“Prosecutors say they do not intend to get into questions about collusion between Russia and the Trump campaign in this case. They are focused on how Mr. Manafort handled the money he earned working as a consultant in Ukraine,” Kimmel said. “He had lavish spending habits they announced today. This morning, they said he bought a $15,000 ostrich jacket.

“See, that should be what he has to wear in jail. That should be his only article of clothing. Just sitting in his cell, dressed up like Big Bird, Waiting for the trial to start.”

You can watch all of Tuesday’s episode of “Jimmy Kimmel Live,” including his monologue in which he made the comments above, over on ABC.com or on the ABC app.