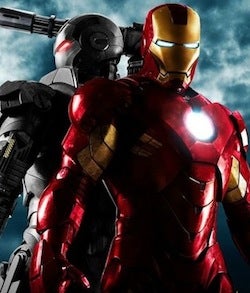 "Iron Man 2" Director Jon Favreau took to Twitter late Friday night to tell fans where they can see the new trailer for the steel plated blockbuster.

"Jimmy Kimmel Live: After the Academy Awards" will air on ABC right after the Oscars and local news end Sunday night.

In other "Iron Man 2" news, SEGA announced that the videogame tie-in to the movie will be released May 4 for Xbox 360, Wii and PlayStation. It will feature the voices of actors Samuel L. Jackson, who plays S.H.I.E.L.D. director Nick Fury in the film, and Don Cheadle, who joins the franchise to play James "War Machine" Rhodes.