Rapper Nicki Minaj opened herself up to a huge amount of ridicule this week thanks to a still-ongoing public freakout she’s been having over the COVID-19 vaccines that culminated in the absurd tale involving vaccines and swollen testicles. And to clear things up, Jimmy Kimmel invited her — and the owner of said testicles — on his show. Sort of.

So, Minaj has been having quite a week. On Monday she announced that she had turned down an invitation to the annual Met Gala because of the event’s vaccine mandate. When, instead of being celebrated she was instead roundly mocked, she spent the next few days digging in, among other things claiming she had been suspended from Twitter (she wasn’t), claiming she had been invited to the White House (she also wasn’t, though it appears to be a misunderstanding), and expressing support for Tucker Carlson.

But the thing everyone has been laughing the most about is the literally unbelievable justification she offered: 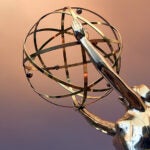 “My cousin in Trinidad won’t get the vaccine cuz his friend got it & became impotent. His testicles became swollen. His friend was weeks away from getting married, now the girl called off the wedding. So just pray on it & make sure you’re comfortable with ur decision, not bullied.”

Now it shouldn’t need to be said aloud, but there is no known instance of a COVID-19 vaccine causing someone’s testicles to swell up. There are, however, several STDs that cause this, as well as the mumps virus. Anyway, it’s not clear whether Minaj just made it up, or whether it’s a matter of a guy who cheated on his fiance and came up with the world’s dumbest cover story. What is known is that the alleged swollen testicles guy has not been found despite now worldwide attention on the matter.

“Believe me – we’ve been looking for him,” Kimmel said during his monologue Thursday night.

“Nicki claimed she was invited to the White House – to discuss this – and so they could answer any questions she might have about vaccination. The White House disputes that – they say they offered Nicki a phone call with one of their doctors – not a visit,” he continued. “And that denial did not go over well.” 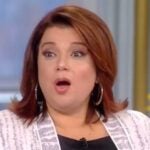 “Nicki insisted that her manager and publicist were on a call – during which the White House invited her to come chat with Dr. Fauci in person. The White House says no. And I have to say, it’s a shame that isn’t happening. Dr. Fauci talking to Nicki Minaj about her cousin’s friend’s inflated gonads – could have been one of the great pay-per-view events of all time,” Kimmel added. And that’s when he got to the invitation.

“There was obviously a miscommunication and Nicki, I just want to say- I’m sorry you had a frustrating experience with the Biden administration. But I think the best thing to do, right now, for everyone involved, is for you and your cousin and your cousin’s friend – and his balls to come into my studio to show them to the world,” Kimmel said.

“No one is better equipped to handle this delicate situation – like me- than me and Guillermo,” Kimmel continued.

We know Kimmel is joking, but seriously, we would love to see the guy who inspired this worldwide testicular manhunt. Him turning out to be real would be almost as much fun as Santa.

Watch the monologue above. The Nicki Minaj stuff kicks in just before the 2 minute mark.