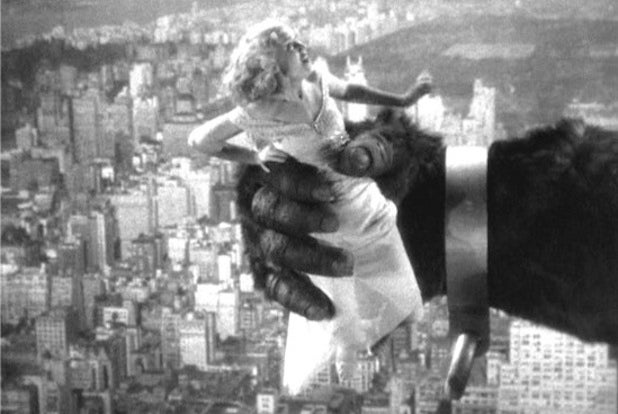 There have been at least four major “King Kong” movies — and another, “Godzilla vs. Kong,” is due early next year. And yet when fans of all ages think of the girl in the palm of the ape’s hand, they think not of Jessica Lange or Naomi Watts, but of the actress who first embodied her in 1933.

As we speak, New York’s popular indie house Film Forum is filling the next two weeks with movies that starred Fay Wray, the original Ann Darrow who tamed the giant ape. Also featured are movies written by Wray’s husband, Academy Award winner Robert Riskin. The program is done in conjunction with a new memoir by Victoria Riskin, the couples’ daughter and former president of the Writers Guild of America West.

“They were an early Hollywood power couple, each with a lasting legacy,” TCM’s Ben Mankiewicz said. “Wray is more easily identifiable, the most famous scream queen of them all. Riskin is quite arguably the father of romantic comedy.”

Hollywood memoirs don’t always catch fire — the last that arguably did was Sally Field’s tell-all — but Riskin’s is racking up some nice notices. (The Associated Press wrote, “If there was an Academy Award for movie books, Victoria Riskin would be making room beside the Oscar her father won.”) Fay Wray, who died in 2004 at the age of 96, wrote one herself, and arguably remains as luminous a name as any woman in Hollywood history.

“She lit up the screen,” actress Jill Eikenberry said at a New York party this week for the book. In that spirit, when Wray died, the Empire State Building dimmed its lights in her honor — as if acknowledging that the world was a little less bright without her. Wray’s performance, along with “King Kong”‘s special effects, made the film indelible.

“It was the first blockbuster special effects film,” Film Forum programmer Bruce Goldstein said, “and has influenced more people who went into the special effects and sound field than any other movie. Eighty-six years later, it still astounds — without the use of CGI.”

Men adored Wray: Before Riskin, she was wed to John Monk Saunders, a Rhodes scholar who wrote the story for the first Best Picture Oscar winner, “Wings.” He ended up stealing her money and kidnapping their daughter. Later, she had a love affair with playwright Clifford Odets. She starred on stage opposite Archibald Leach, who was smitten with her, according to Riskin. (He soon after changed his name to Cary Grant.) Gary Cooper, with whom Wray appeared in several films, was also wowed, Riskin said. His daughter, Maria, showed up at the New York party.

Robert Riskin is a less recognizable name, but he penned Frank Capra movies like “Meet John Doe,” “Mr. Deeds Goes to Town” and “It Happened One Night.” (He invented the term “doodle” for “Mr. Deeds.”) When Adam Sandler remade “Mr. Deeds,” he kept enough of the original script to give Riskin a credit. As USC screenwriting professor David Isaacs said, “Bob Riskin is often overlooked because of the exalted status of his collaborator. But in my opinion, he’s just as responsible for the common man touch of the films that made Capra Capra.”

Equally noteworthy, yet largely unknown, according to his daughter’s book, were Riskin’s contributions during World War II. As head of the Overseas Film Division of the Office of War Information, he made some 26 short films extolling the virtues of what it meant to be an American — mini-docs some of which are on YouTube and will be played this month at Film Forum.

Riskin was no slouch himself when it came to the opposite sex. Before meeting and marrying Wray, he had relationships with Loretta Young and Carole Lombard. Unfortunately, his life was cut short in 1955, when his daughter was 10. “This book was a way for me to really meet him for the first time,” she said. She was fortunate in that he had written many letters (one ran 26 pages) to Wray over the years. (“My Darling, my heart had wings as I watched you off…”)

Even though she was close to her actress mother, Riskin grew to admire her more while researching the memoir. “She had a kind of pioneering resilience,” she said, “and she worked very hard. At one point, she made 21 films over two years.”

Clearly, this book was meant to be. Riskin started and stopped several times, but a rather miraculous event convinced her to continue. She and her husband, screenwriter-playwright David Rintels, were forced to evacuate last year from their home in Santa Barbara due to the impending fire and then mudslides. Their creek-side home was totally destroyed, but later the fire department found two things intact: the pair of plastic containers which Riskin had filled with her research.

And there is little doubt that the name Fay Wray is still golden. When Riskin sent a note to the actress portraying Ann Darrow in the current Broadway production of “King Kong,” she received an excited text back immediately. When Riskin later went backstage, she recalls, “the whole cast was waiting just to give me a hug. Mom is apparently alive and well.”