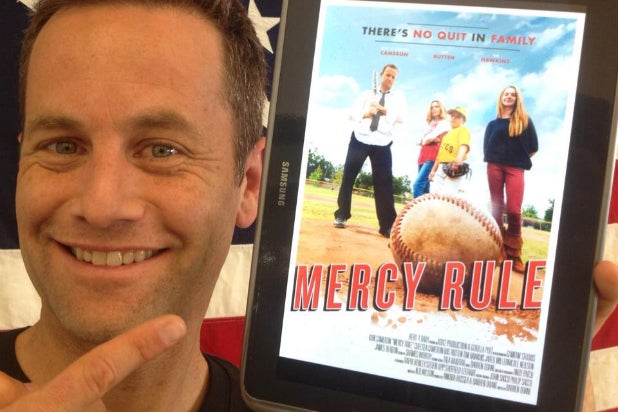 In a since-deleted Facebook post that heavily promoted his new film, actor and Christian activist Kirk Cameron condemned the mass wedding segment during Sunday’s Grammy Awards, calling the stunt — which included the union of several gay couples — an “assault on the traditional family.”

“How did you like the Grammy’s [sic] all out assault on the traditional family last night?” Cameron wrote on Monday.

“Last night, the lines were drawn thick and dark. Now more than ever, we must work together to create the world we want for our children.”

The way to do that, Cameron wrote, was to buy his new film, “Mercy Rule.” He wrote that the movie — which has the tagline, “There’s no quit in family” — should restore families the same way that his 2008 sleeper hit “Fireproof” has “restored marriages.”

The connection between the movie’s subject and marriage equality was not made clear.

Cameron also failed to note that the Grammy Awards opened with perhaps the strongest pop culture affirmation of marriage — “traditional” or otherwise — when megastar Beyonce sang a racy love song on stage not with a random hunky backup dancer, but with her husband, Jay-Z.