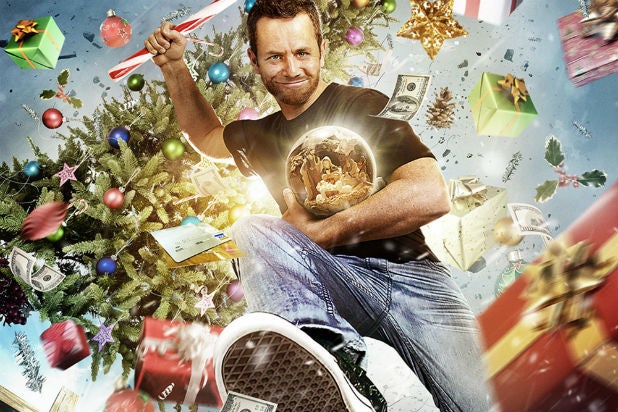 The users of IMDB.com have deemed Kirk Cameron‘s new Christmas movie ho-ho-horrible, scoring it an abysmally low 1.3 – a number small enough to earn the film the No. 1 spot on the site’s Bottom 100 list.

As TheWrap previously reported, “Saving Christmas” received overwhelmingly negative reviews from critics – the film has a current score of zero percent on Rotten Tomatoes. But despite all of the thumbs down for Cameron’s flick, it did average a $2,486 per-screen take on opening weekend last month.

The movie’s plot has Cameron taking his brother-in-law away from a holiday party to explain to him that some of the best parts about Christmas are rooted in the Bible. In the movie’s trailer, Cameron explains: “Some want to pull down every manger scene and tell us why all of our favorite traditions are wrong. Isn’t it time somebody spoke up?”

The film’s tagline also proclaims, “Put Christ Back in Christmas.”

Distributor Samuel Goldwyn Films previously said their plan would be to gradually expand “Saving Christmas” into more theaters throughout the holidays.

With “Saving Christmas” receiving a rating five-tenths lower than “Birdemic: Shock and Terror,” which mustered a 1.8, Cameron’s spot at the bottom might last through the holiday season and well into 2015.