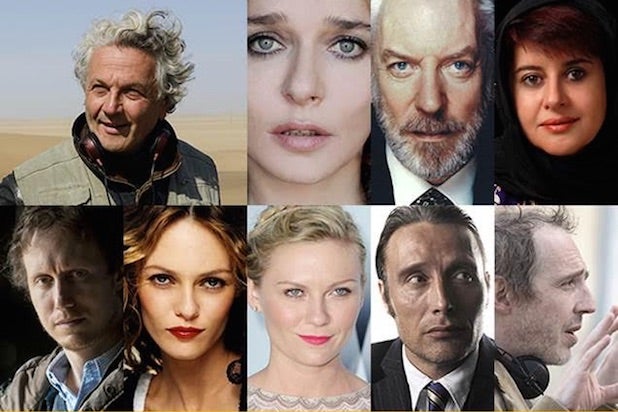 The jury will screen all the films in Cannes’ main competition and choose the winners in a number of categories, including the Palme d’Or. The winners will be announced at a closing-night ceremony on May 22.

Films that will be competing for the jury’s attention in the main competition include Sean Penn‘s “The Last Face,” Jeff Nichols‘ “Loving,” Xavier Dolan‘s “It’s Only the End of the World,” Nicolas Winding Refn‘s “The Neon Demon,” Jim Jarmusch‘s “Paterson” and the Dardenne brothers’ “The Unknown Girl.”

The 69th Cannes Film Festival will begin on Wednesday, May 11 with an out-of-competition screening of Woody Allen‘s “Cafe Society.”