“Kitchen Crash” will see the former “Sandwich King” host return to “crash” a local neighborhood block party in a chosen suburb, with three professional chefs in tow surprising attendees with an outdoor cookoff. In each hour-long episode, the culinary experts have only 10 minutes to convince residents to hand over food from their fridge and pantry — enough to fill one bin — as ingredients to use in the competition. The chef who prevails will earn a cash prize of $10,000 to split with the family who provided the ingredients.

“No two pantries or fridges in America are alike, making the ingredients in the bins as varied as they can possibly be,” Mauro said in a statement. “The chefs must be able to communicate effectively with the family to get everything they need, and they need to be creative and resourceful with what they get. It really is difficult, but fun and exhilarating to watch.” 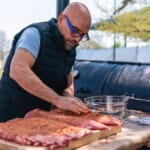 The chefs will have to prove their skills in three rounds of challenges, which include savory surf and turf, French bistro fare, elevated prom night dinner and other themes. Mauro will be joined by special guest judges Cliff Crooks, Marc Murphy, Julian Rodarte and Justin Sutherland.

“The exciting and hysterical outdoor neighborhood cooking competition, ‘Kitchen Crash’ is sure to entertain audiences, as Jeff Mauro’s charisma and wit along with all the surprising kitchen raids make for a must-see combination,” said Jane Latman, president of Home & Food Content and Streaming at Warner Bros. Discovery. 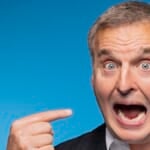