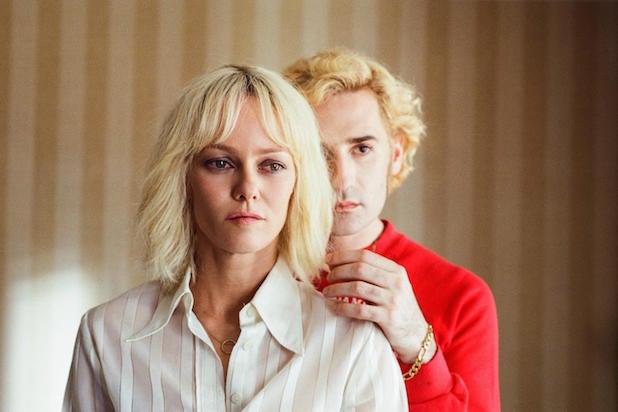 It’s become a time-honored tradition. Every year, Cannes tends to run a spiky provocation towards the end of its 12-day run. Think of it as a foolproof way to give fading festivalgoers one last lift, to let them barrel to the close on a burst of perverse energy.

At the 2018 Cannes Film Festival, the honor went to Yann Gonzalez’s “Knife + Heart,” a lascivious giallo about a tight-knit clan of gay pornographers and the rubber-masked assassin out to kill them, set in the seediest corners of Paris in the late ’70s (the film is now hitting U.S. cinemas).

Gonzalez may goof on this often-ridiculous world — I mean, how could he not? — but he does so from a place of real respect and admiration. With vividly saturated 35mm cinematography and pulsing score from synth-pop outfit M83 (whose founder, Anthony Gonzalez, is the director’s brother), “Knife + Heart” is an appealingly stylish destination for the eyes and ears, even if its storytelling can sometimes falter.

Though set in various sex dungeons and cruising grounds, the film fetishizes nothing more than the look and feel of ’70s exploitation cinema, often to its narrative detriment. The emotional hook finds Anne trying to win back her ex-girlfriend Lois (Kate Moran), but it’s often difficult to buy into any larger emotional propositions when the film’s interest seems to lie more on the day-for-night lighting gels on top of the lens rather than the characters in front of it.

If anything, the emotional component can be equally studied and intellectualized. Lois works as Anne’s editor, even if the former lovers are no longer on speaking terms. So film director Anne tries to break through to her once-partner with the footage from set, looking for more and more appealing to faces to offer as mea culpa valentines to her discerning editor.

In one wonderful bit, Anne tries to convince a straight-identifying construction worker to go gay-for-pay by using her feminine wiles. In short, you have a gay woman seducing a straight man, convincing him to have sex with another man so that she can win back her lesbian love — it’s a playfully queer ouroboros.