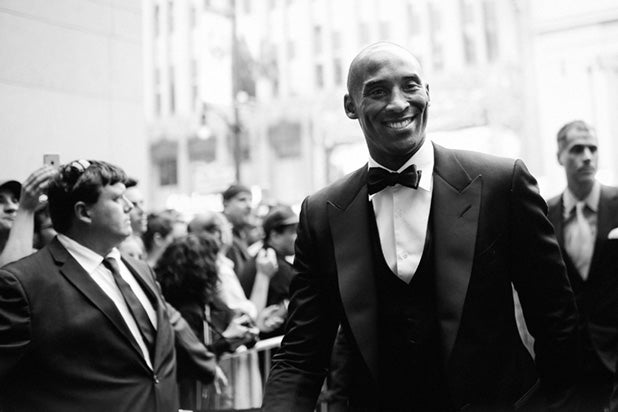 Kobe Bryant was nominated for an Oscar on Tuesday, which has led some to criticize the Academy for recognizing the former NBA star in the #MeToo era — in light of his 2003 sexual assault arrest.

“Kobe Bryant’s short film was nominated for an Academy Award! That puts him on a very short list of people who have been nominated for an Oscar AND have been publicly accused of rape,” comedian Hari Kondabolu wrote. “CONGRATS KOBE!”

“Kobe Bryant was just nominated for an Oscar. I believe that he raped a woman,” wrote Jesse Thorn of the podcast network Maximum Fun. “To avoid criminal conviction, he settled out of court, and read an apology in court saying he believed she did not feel the sex was consensual.”

In 2003, Bryant was arrested in Eagle, Colorado after a 19-year-old hotel employee said she was raped by the former player. In court documents, the accuser said Bryant invited her up to his room under the pretense of touring the hotel and then kissed and groped her despite her attempts to rebuff him, and eventually raped her.

The woman told police that Bryant physically impeded when she tried to leave the room and choked her when she tried to move away from him. “He continually had one hand around my neck and with his other hand pushed me over to the side of the two chairs um, turned me around and bent me over and lifted up my skirt,” she said.

“He lifted up my skirt, took off my underwear and, and came inside me,” she told police, saying that she repeatedly told him “no” and began crying. “Then he leaned his face toward mine and asked me if I liked it when a guy came on my face, I said no. Then he was like what did you say. Grabbed and like tightened his hold on my neck, I said no. He said he was gonna do it anyway.”

When questioned by police, Bryant first denied that anything happened with the accuser, but he reversed course after he was informed that she submitted to a physical exam. He later admitted to a sexual encounter but continued to deny the assault accusation.

Criminal charges were dropped when the accuser declined to testify, but a separate civil case was settled out of court. “Although I truly believe this encounter between us was consensual, I recognize now that she did not and does not view this incident the same way I did,” Bryant said in a statement read by his attorney.

The Oscar nominations were announced Tuesday morning, with Bryant making the list as the subject, writer and producer of “Dear Basketball,” an animated short based on a poem he wrote as he announced his retirement from the sport.

The nomination raised some eyebrows in light of Hollywood’s recent reckoning with sexual assault and harassment after the downfall of Harvey Weinstein and the rise of the #MeToo movement.

“The Disaster Artist” star and recent Golden Globes winner James Franco was absent from the list of Best Actor nominees on Tuesday, with many attributing the snub to the recent sexual misconduct allegations made against him on social media and in a Los Angeles Times report.

Good morning. Kobe Bryant was just nominated for an Oscar. I believe that he raped a woman. To avoid criminal conviction, he settled out of court, and read an apology in court saying he believed she did not feel the sex was consensual. https://t.co/zuZO3ubvij

Kobe Bryant nominated for an Oscar for his stunning portrayal of a guy who didn't rape someone.