“Queenpins,” a comedy starring Kristen Bell, is moving from a theatrical release from STXfilms to a release on Paramount+ and Showtime, a rep for the streamer told TheWrap.

The deal was for the film’s U.S. rights, with STXfilms retaining international distribution. A source said the sale was completed for over $20 million behind a $10 million budget.

Though release plans weren’t immediately clear, STXfilms will still be releasing the film theatrically ahead of its Paramount+ debut.

“Queenpins” is already completed, and the sale of the film mirrors how STXfilms handled the Gerard Butler disaster movie “Greenland” last year at the height of the pandemic. The distributor sold “Greenland” to a streamer for North American release but retained international rights, and it ended up grossing $52 million overseas. The success of that film now has Butler returning for a sequel. STXfilms first picked up the film back in September 2020 from AGC Studios. 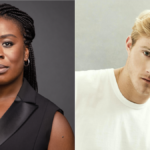 “Queenpins” is based on the true story of the largest coupon counterfeit scam in U.S. history. It follows a disgruntled suburban housewife who works to take back her life by starting an illegal coupon club that scams big food companies and delivers millions of dollars of deals to fellow coupon clippers. Bell stars alongside Kirby Howell-Baptiste, Paul Walter Hauser, Vince Vaughn, Bebe Rexha, Joel McHale, Stephen Root, Annie Mumolo and Jack McBrayer.