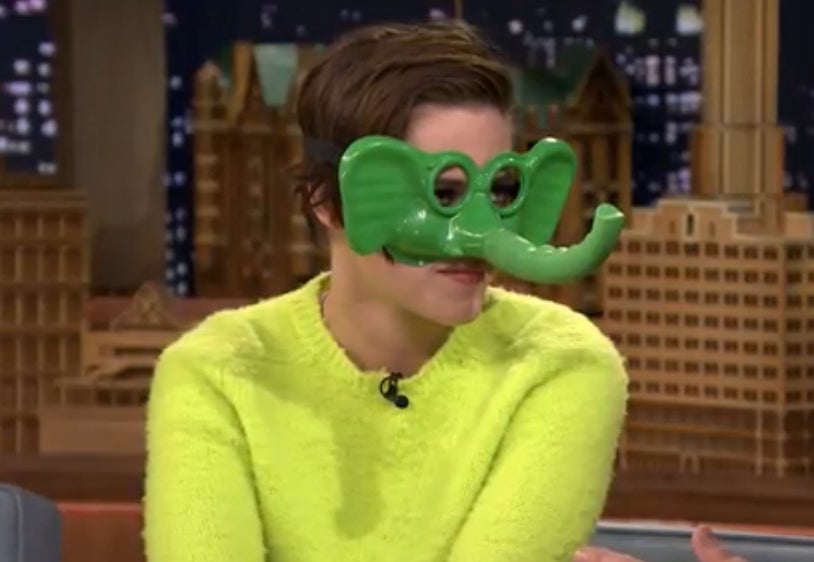 Kristen Stewart stopped by “The Tonight Show Starring Jimmy Fallon” to promote her new drama, “Camp X-Ray.” The actress plays a Guantanamo Bay soldier who befriends a longterm prisoner in the gritty drama.

Naturally, after rolling an ultra-dramatic clip from the movie, it was time to play a horrible board game from 1993.

Fallon chose Ring Around the Nosey, a lame game in which two people — usually children — don elephant masks with obviously phallic trunks. The participants then bob for rings, which of course go around the nosey.

Due to the shortage of time, host and guest played first ring wins. Fallon pulled off the victory, though with some controversy: As Stewart pointed out, Fallon got to practice earlier in the show when he highlighted a trove of horrendous old board games — which also included a sinking Titanic game, a factually inaccurate Big Foot game and an embarrassing Vanilla Ice rapping board game.

Watch Fallon school K-Stew, and then scroll a little further to remember the worst games from your childhood with Fallon: