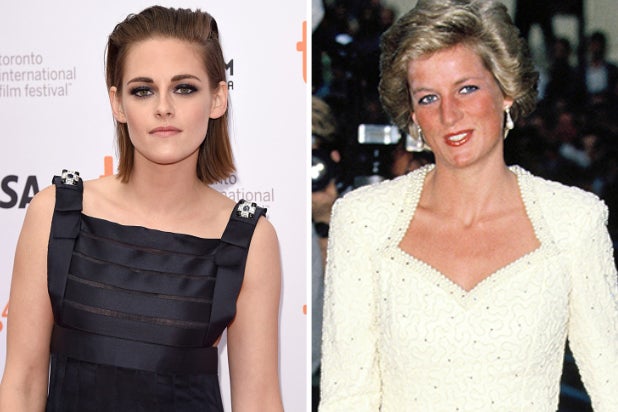 Kristen Stewart is set to play Princess Diana in “Spencer,” which Pablo Larraín (“Jackie”) will direct, an individual with knowledge of the project told TheWrap.

FilmNation Entertainment will represent the international rights and will introduce the film to buyers at the upcoming virtual Cannes market. CAA Media Finance, which arranged financing for the film, will represent U.S. distribution rights. Endeavor Content is co-repping domestic sales.

“Spencer” will look at Princess Diana over the course of one of her final Christmas holidays with the House of Windsor in their legendary Sandringham estate.

Stewart most recently starred in “Seberg” and “Charlie’s Angels” as well as “Underwater” and is currently in post-production for “Happiest Season” alongside Alison Brie, Aubrey Plaza and Dan Levy. Larraín’s credits include “Jackie,” which was about Jackie Kennedy, as well as “Ema” and “Neruda.”