Kristin Brown, Jennifer Driscoll, Larry Laque and Doug Seybert are also out have joined the growing list of executives leaving Warner Bros Discovery as part of the company’s post-merger streamlining, TheWrap has learned.

Their ouster comes less than 2 hours after it was made public that executive vice president Corie Henson and Food Network executive Todd Weiser have left. 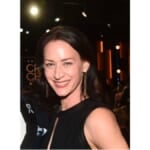