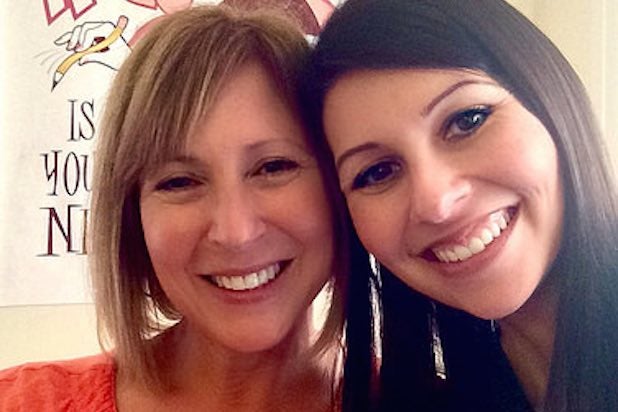 Former “Kevin & Bean Show” KROQ traffic reporter Lisa May took to “Alison Rosen Is Your New Best Friend” to open up about her recent firing, which was similar to Rosen’s split with “The Adam Carolla Show.”

May admitted on the podcast that she wasn’t as “rung through” as Rosen was by Carolla, but placed herself in the same “unceremoniously dumped” pile.

“OK, so this is the story no one has really heard,” May began on Rosen’s podcast. “We were on vacation, I think it was President’s Day. We came back on Tuesday and everything was fine.”

When she got home from that day’s show, however, May had an email from someone who filled in for her from time to time, asking why he was set to sit in for May the following day. She had no idea either, but decided to find out.

May then called the show’s producer Dave to find out why he scheduled a substitute, but didn’t get much: He simply said, “I don’t know Lisa, I was just told to do it.”

Following that phone call, May saw an email from her boss, Terry, at Total Traffic — technically her actual employer.

“I can’t tell you anything legally, but don’t go to work tomorrow,” he said on the phone. “But meet me at the KROQ studios at 10 a.m.”

That morning, May, Terry and a human resources person from Total Traffic met in a conference room to sort out the particulars.

“You have not been let go for cause, but you are being let go,” the HR person told her.

Crying, May went to Kevin Weatherly’s office, the program director, who she told Rosen was never her “biggest fan” — he had previously expressed displeasure with how much she chimed in during the show’s “Showbiz Report.”

“You guys, I have known you for 24 years,” May remembered saying to them. “I can’t believe this is how this is happening.”

“But you are hiring another female,” she replied, even guessing the name correctly on the spot: “Allie Mac Kay?”

Listen to the full Monday episode of “ARIYNBF” here.