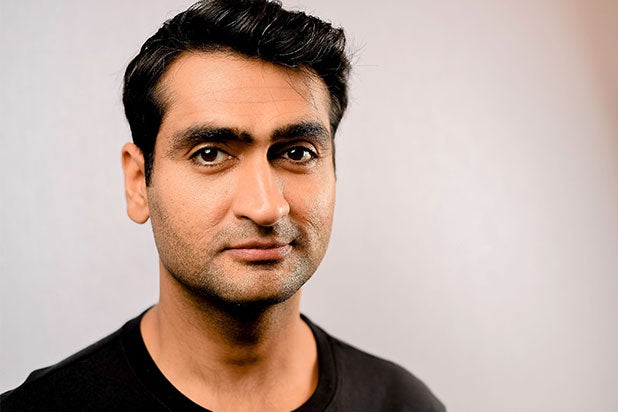 Actor Kumail Nanjiani is set to receive the CinemaCon Comedy Star of the Year Award at this year’s convention of the National Association of Theatre Owners (NATO) in Las Vegas.

“Kumail has already made his mark on TV with the award winning ‘Silicon Valley’ and on the big screen in such films as ‘Fist Fight’ and ‘Mike and Dave Need Wedding Dates’ in which he gave one of the most memorable massages of all time”, noted Mitch Neuhauser, CinemaCon’s managing director. “He continues to make audiences laugh with his unique sense of humor and charisma. We couldn’t be more delighted to be honoring him as our CinemaCon ‘Comedy Star of the Year.'”

Nanjiani will next star in Amazon Studios’ and Lionsgate’s romantic comedy “The Big Sick,” which opens June 23. Directed by Michael Showalter and produced by Judd Apatow and Barry Mendel, the film also stars Holly Hunter, Zoe Kazan and Ray Romano. It premiered to strong reviews at the Sundance Film Festival.

Also Read: Kumail Nanjiani Wants to 'Un-Masturbate' to Jenna Jameson After She Compares Muslims to KKK

His other credits include the award-winning HBO comedy series “Silicon Valley,” which won the TV Critics Choice Award for Best Comedy Series last year and has two Emmy and Golden Globe wins. He also starred in “The Five-Year Engagement,” “Sex Tape,” “Hello, My Name Is Doris,” “Mike and Dave Need Wedding Dates” and “Central Intelligence.”

Nanjiani is writer, executive producer and co-host of Comedy Central’s “The Meltdown with Jonah and Kumail,” along with Jonah Ray. He has also had roles on “Portlandia,” “Franklin & Bash,” “Burning Love,” The Return of “The X-Files,” “Community,” and “Inside Amy Schumer.

CinemaCon will be held March 27 to March 30 at Caesars Palace.