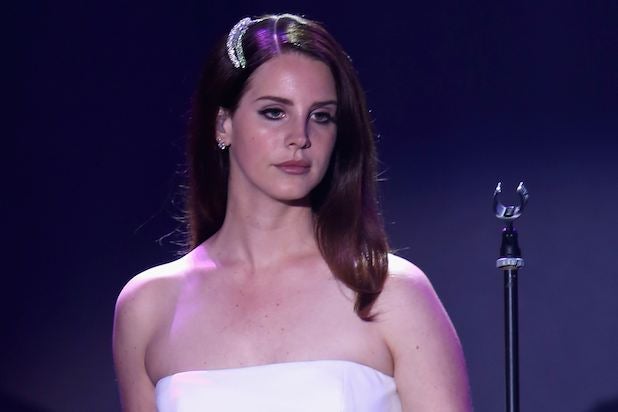 “I wish I was dead already,” Del Ray told The Guardian during an interview earlier this month in which she was discussing music idols including Amy Winehouse and the Nirvana frontman, who both died at just 27.

Cobain, 21, took to Twitter to express concern for Del Rey’s admiration of her father’s decision to take his own life, and reminded the singer of just one of the many downsides of dying young.

“The death of young musicians isn’t something to romanticize. I’ll never know my father because he died young and it becomes a desirable feat because people like you think it’s ‘cool,'” Cobain wrote in a since-deleted tweet noticed by FasterLouder. “Well, it’s fucking not. Embrace life, because you only get one life. The ppl u mentioned wasted that life. Don’t be 1 of those ppl ur too talented to waste it away.”

In a tweet still standing, Cobain made it clear she was not “attacking” the “Born to Die” singer.

I’m not attacking anyone. I have no animosity towards Lana, I was just trying to put things in perspective from personal experience.

“I regret trusting The Guardian,” Del Rey tweeted. “I didn’t want to do an interview, but the journalist was persistent. Alexis was masked as a fan, but was hiding sinister ambitions and angles. Maybe he’s actually the boring one looking for something interesting to write about.”

The journalist, Tim Jonze (not Alexis), responded by noting “she may well have not wanted to do the interview, but it certainly didn’t seem like it.”

He also uploaded the audio of her death wish, which can be heard below: