The limited series on the rise and fall of start-up WeWork stars Anne Hathaway and Jared Leto. It is titled “WeCrashed.” Leto will play WeWork founder Adam Neumann while Hathaway will play his wife and co-founder, Rebekah Neumann.

“WeCrashed” is from Drew Crevello and “Little America” co-creator Lee Eisenberg. It is based on Wondery’s podcast of the same name. 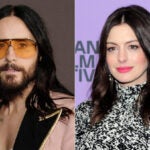 Hosted by veteran radio journalist David Brown, the podcast “WeCrashed” told the story of WeWork’s dramatic rise as a history-making start-up to its shocking decline under its charismatic CEO. Wondery’s Hernan Lopez, Marshall Lewy and Aaron Hart will also serve as executive producers on the limited series adaptation.

Here is how Apple TV+ describes its adaptation: “‘WeCrashed’ will follow the greed-filled rise and inevitable fall of WeWork, one of the world’s most valuable startups, and the narcissists whose chaotic love made it all possible.”

Kyle Marvin’s feature debut, “The Climb,” which he wrote, produced and starred in alongside director Mike Covino, premiered at Cannes as part of Un Certain Regard, where it went on to receive the Coup de Coeur Award.

Marvin is repped by UTA and attorney Kim Jaime at Jackoway Austen.