One of the more unexpected ramifications from the Kyle Rittenhouse not guilty verdict was a response from GoFundMe, the popular site that allows you to raise money for various causes.

In an attempt to clarify the situation around the Rittenhouse case, GoFundMe raised even more questions about their policies and the moral authority that seems to be governing them.

In a lengthy Medium post, GoFundMe detailed its Terms of Service – specifically how, since Rittenhouse was charged with a violent crime, pages that attempted to raise money for him and his legal defense were taken down. Now that he has been found not guilty, however, he can accept those funds. 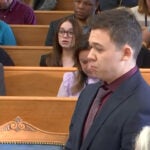 Also Read:
Kyle Rittenhouse Verdict Draws Rebuke From Hollywood: ‘This Is Not Justice’

“If someone is acquitted of those charges, as Rittenhouse was today, a fundraiser started subsequently for their legal defense and other expenses would not violate this policy,” the GoFundMe post read. “A fundraiser to pay lawyers, cover legal expenses or to help with ongoing living expenses for a person acquitted of those charges could remain active as long as we determine it is not in violation of any of our other terms and, for example, the purpose is clearly stated and the correct beneficiary is added to the fundraiser.”

The implication, which has been seized upon on Twitter, is that if someone is convicted of a violent crime, then GoFundMe cannot solicit or raise funds for that person. Of course, people are often wrongly convicted, and those same people are the ones most in need of fundraising to pay exorbitant court and legal costs.

In response to the backlash, GoFundMe turned off replies to its tweet on the subject. 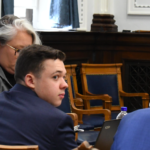 “We constantly evaluate and evolve our Terms of Service and consider new factors that keep emerging in today’s world,” the Medium post read. “We care deeply about human rights and have written terms to address this — we do not allow fundraisers that support hate, violence, harassment, bullying, discrimination; or involves weaponry.” So there’s that.