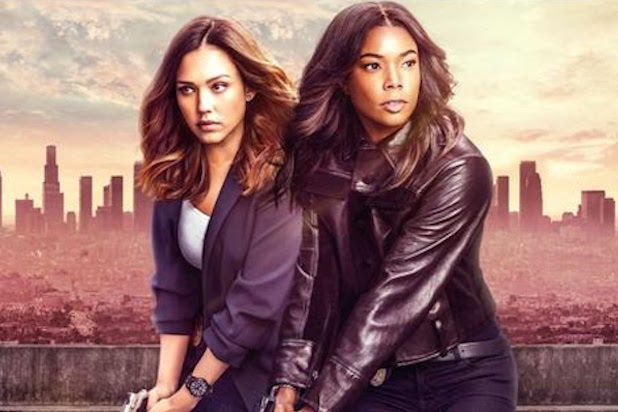 Charter Communications has given a 13-episode series order to “L.A.’s Finest,” the “Bad Boys” offshoot starring Gabrielle Union and Jessica Alba, the company announced on Tuesday.

The spinoff series sees Union reprising her role as Syd Burnett from 2003’s “Bad Boys II.” Now an LAPD detective, Syd is paired with a new partner, Nancy McKenna (Alba), a working mom with an equally complex past.

Set to premiere in 2019, the series will be first made available exclusively to Spectrum customers.

Hailing from Sony Pictures Television and executive producer Jerry Bruckheimer, the series was originally developed at NBC, where it reached the pilot stage but was passed over earlier this year.

The order marks a major milestone in Charter’s foray into original programming. “L.A.’s Finest” becomes the first series ordered by the company, which tapped veteran exec Katherine Pope to oversee the effort as head of original content back in January.

“Charter has a strong passion for the project and we could not be more excited. Immediately we knew this innovative new platform was absolutely the right home for L.A.’s Finest,” said Jeff Frost, President of Sony Pictures Television.

“Charter is excited to partner with top producers Sony, Bruckheimer and the rest of the incredible team behind and in front of the camera on our first Spectrum Original Content endeavor,” said Pope. “Our content partnerships offer us a great opportunity to provide Spectrum customers with the dynamic, authentic and unique programming that drives value for their Spectrum subscription.”