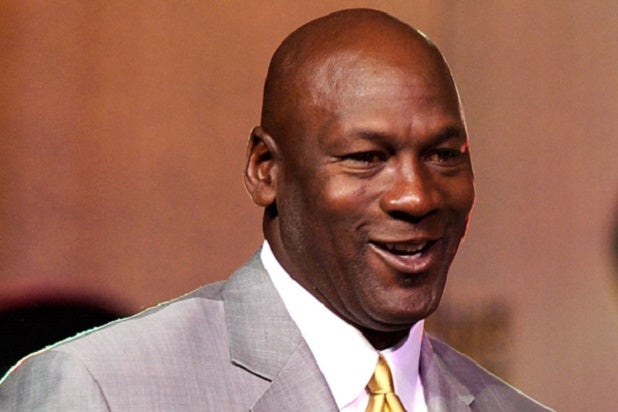 Basketball Hall of Famer Michael Jordan said Sunday that he was “disgusted” that Donald Sterling, a fellow NBA team owner, could hold such “sickening and offensive views.”

The former Chicago Bull star and current owner of the Charlotte Bobcats didn’t directly call for the ouster of Sterling, who was caught telling his girlfriend not to bring black people to his team’s game in an audiotape released Saturday. But he did say that he was confident that NBA Commissioner Adam Silver will take appropriate action after an investigation.

“There is no room in the NBA — or anywhere else — for the kind of racism and hatred that Mr. Sterling allegedly expressed,” Jordan said in a statement released Sunday.

The comments came as pressure on the embattled Clippers owner intensified. President Obama joined the chorus denouncing the remarks and called on Americans to do the same, even as a new audiotape surfaced that was longer and more clear than the one that TMZ released Saturday when the controversy ignited.

Another NBA Hall of Famer, former Lakers great Magic Johnson, was more direct in comments made on ESPN Sunday morning.

“I’m going to say what I’ve been saying all along – he’s got to give up the team. If he doesn’t like African-Americans – he’s in a league that’s over 70 percent African-American. When you have the President of The United States saying that this is bad and you have all the fans all around the country of different races saying its bad, it’s time for him to exit,” Johnson said.

Johnson is a former part-owner of the Lakers, and currently is a co-owner of Major League Baseball’s Los Angeles Dodgers.

“I look at this from two perspectives — as a current owner and a former player. As an owner, I’m obviously disgusted that a fellow team owner could hold such sickening and offensive views. I’m confident that Adam Silver will make a full investigation and take appropriate action quickly. As a former player, I’m completely outraged. There is no room in the NBA – or anywhere else – for the kind of racism and hatred that Mr. Sterling allegedly expressed. I am appalled that this type of ignorance still exists within our country and at the highest levels of our sport. In a league where the majority of players are African-American, we cannot and must not tolerate discrimination at any level.”

Here’s the new audiotape that surfaced Sunday, via the web site Deadspin: