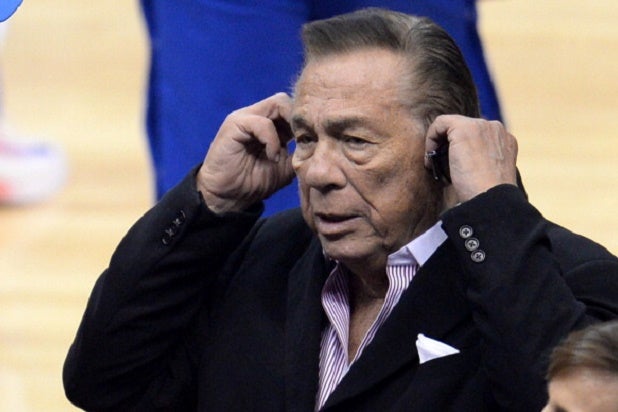 The heat on Donald Sterling intensified Sunday, as President Obama ripped the Clippers owner who was apparently caught on tape telling his young girlfriend to stop bringing black people to games.

Meanwhile, a new, extended audiotape of Sterling purportedly making the remarks has surfaced, and the National Association for the Advancement of Colored People canceled plans to award him its Lifetime Achievement honor at a May banquet.

Sterling’s comments have drawn universal condemnation from members of the media and Hollywood following the release on Saturday by TMZ of a nine-minute tape in which the LA Clippers owner admonishes his girlfriend for publicly associating with black people.

“When ignorant folks want to advertise their ignorance, you don’t really have to do anything, you just let them talk. That’s what happened here,” said Obama, at a news conference while traveling in Malaysia.

“The United States continues to wrestle with the legacy of race and slavery and segregation,” Obama said. “That’s still there, the vestiges of discrimination. We’ve made enormous strides, but you’re going to continue to see this percolate up every so often.”

The president urged Americans to make clear that Sterling’s outrageous words were wrong.

“I think that we just have to be clear and steady in denouncing it, teaching our children differently, but also remaining hopeful that part of why statements like this stand out some much is because there has been this shift in how we view ourselves,” he said.

Here’s the 15-minute version of the racist rant, from the web site Deadspin, attributed to Sterling: