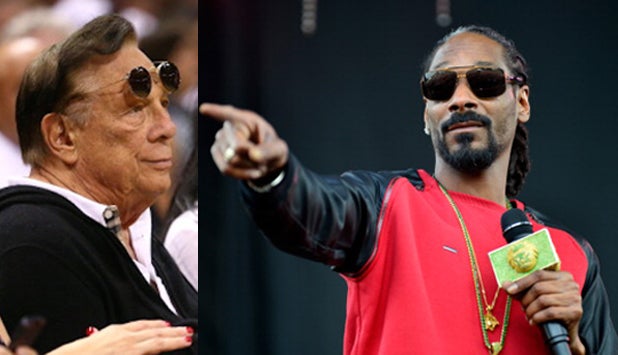 While the NBA investigates and the media pontificates, Snoop Dogg is speaking his mind about LA Clippers owner Donald Sterling.

Sterling, a renown racist who has faced plenty of legal action and paid off millions for his discriminatory actions, was caught on tape telling his girlfriend that he did not approve of her bringing black people to basketball games or posting photos with them on Instagram.

Snoop recorded a little Instagram video for Sterling, who probably doesn’t follow him on the photo service given what we know about his social media preferences, but will most likely hear about it nonetheless.

“A message to the motherfucker that owns the Clippers, you bitchass redneck white bread chickenshit motherfucker,” Snoop said, without his trademark smile. “Fuck you, your mama, and everything connected to you.”