The resignation letter of former L.A. Councilwoman Nury Martinez, who stepped down in scandal over leaked racist comments, is getting its own savage critiques for saying she hopes she inspired “all little Latina girls across this city.”

Martinez, who had already stepped down as L.A. City Council President before resigning entirely, ended her letter by addressing, “all little Latina girls across this city — I hope I’ve inspired you to dream beyond that which you can see.”

The idea that she still saw herself as a role model was met with swift and savage mockery.

“Nury Martinez says her heart is broken as she resigns from public office. Hopefully forever. Did she think about hearts she broke with her racist slams against … well everybody … except herself! Proud that democrats put country over party,” tweeted Boxer on Thursday. 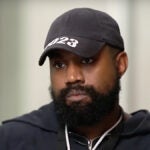 Also Read:
Kanye West Episode of ‘The Shop’ Pulled After Rapper Doubles Down on Bigoted Comments

Tubbs tweeted, “Imagine being forced to resign for being a bigot and ending with, ‘I hope I inspired Latina girls.’ Huh? Not an apology? Not sorry to the little boy I hurt or the communities I harmed? Nada. Just vibes and hope y’all follow my footsteps. Basura.”

“Girl WHAT? Cómo crees?” tweeted actress Melania Bobadilla, whose TV credits include “Orange is the New Black” and “Gentefied,” on Wednesday. “You are not # goals or inspo; you are a cautionary tale of power hungry girl-bossery gone awry. This is an example of narcissism & gaslighting BYE.”

MSNBC contributor Uché Blackstock was similarly disgusted, citing two of Martinez’s ethnic slurs from the leaked tape: “Nury Martinez: Compared Black child to a ‘changuito’ (monkey) & joked about beating him. Called Oaxacan immigrants ‘little short dark people.’ Also, Nury Martinez: ‘To all the little Latina girls across the city – I hope I’ve inspired you to dream beyond that which you can see.'” 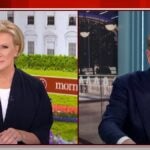 Comedian Emily Heller riffed on the much-mocked line, saying, “I imagine that’s very moving if you’re a kid dreaming of one day resigning in disgrace, embroiled in racist scandal.”

Los Angeles-based Salvadoran poet Yesika Salgado tweeted, “Nury, I hope little Latinas learn what not to be from seeing you. Que vergüenza.” 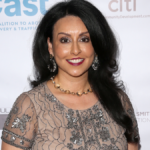