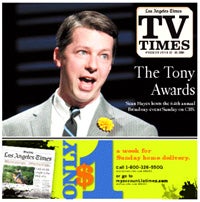 After more than three years without one, the Los Angeles Times announced on Thursday that it will relaunch its TV Times guide on Sunday, June 13.

The Times killed off its weekly listings guidebook in April 2007, and it appears ubiquitous on-screen cable guides weren’t enough. L.A. Times readers like it analog.

“Our readers tell us they want a weekly TV book that covers around-the-clock programming,” audience and membership VP Frank Horvath said in announcing the relaunch.

The TV Times will first be available only on newsstands and select retailers in Southern California. For $2.99 per month, subscribers can opt-in for home delivery of the section beginning on September 5. (You can also print the TV listings posted on the Times Web site here.)