A French-Spanish filmmaker who documented the lives of the dangerous Mara 18 street gang has apparently been killed by Salvadorean gang members.

Christian Poveda, who produced the 2008 film "La Vida Loca" about tattooed gang members, was found shot in a car on a road 10 miles north of the capital of San Salvador, local police said on Wednesday. He was 53. 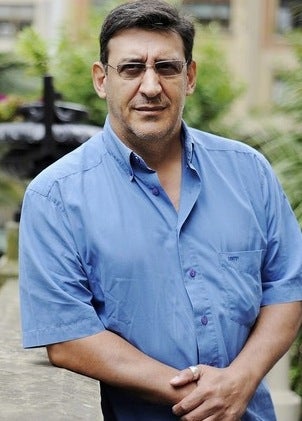 Poveda had been driving back from La Campanera, a poor, gang-member-ridden suburb where he had been filming.

El Salvador President Mauricio Funes on Wednesday ordered an investigation into Poveda’s murder and said in a statement he was "shocked" by the filmmaker’s death.

In the early 1980s, Poveda arrived in El Salvador as a photographer and filmmaker to examine the civil war that had gone on for the past decade in Central America. He later returned to focus on street gangs like the Mara 18 and rival Mara Salvatruca, both of whom have large populations from Los Angeles down through Central America.

While filming his recent documentary, he witnessed a number of murders occur between the rival gangs.

"La Vida Loca" was a world premiere in the Horizontes Latinos section at the San Sebastian film festival last year and has since been sold to several territories including France, Australia and New Zealand and Romania.

Poveda made 16 documentaries over the past 30 years, including "Un Striptease De Terciopelo" about strippers in Los Angeles.