Lady Gaga turned up the heat in a fiery red gown at the Los Angeles premiere of FX series “American Horror Story: Hotel” on Saturday night.

The chart-topping singer stepped onto the red carpet at the Regal LA Live in a one-shoulder Brandon Maxwell gown accented with a thigh-high slit. She completed the look with matching red platform heels, a blood-red manicure and her engagement bling. 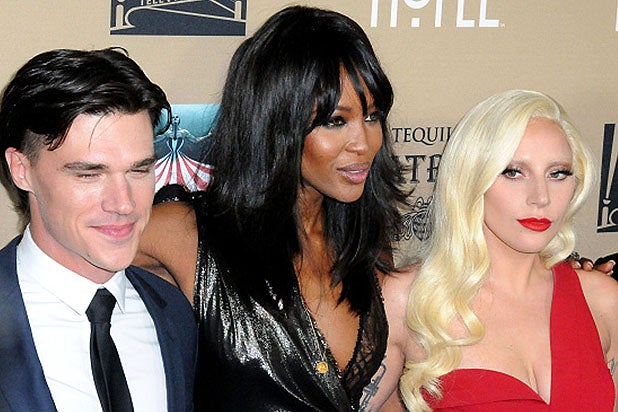 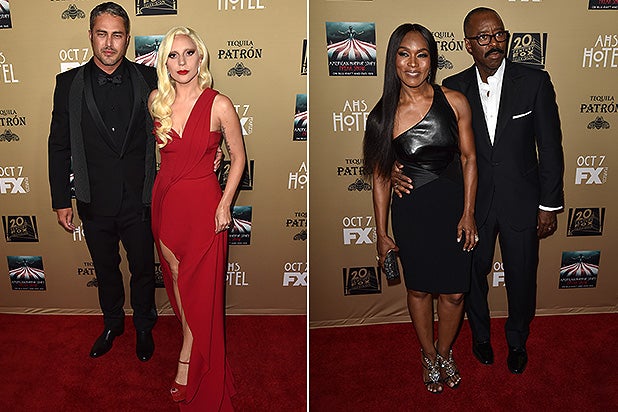 Gaga will make her debut in Season 5 of the anthology series as bloodsucking Countess Elizabeth, a past lover of Angela Bassett‘s character Ramona Royale. In a recent interview with TheWrap, Bassett lifted the lid on her sultry scenes with Gaga.

“The first day, the first scene, we were clinched in an embrace,” Bassett said. “I’m having a great time kissing on her.” The actress also promised that the new season will be full of “depravity.” 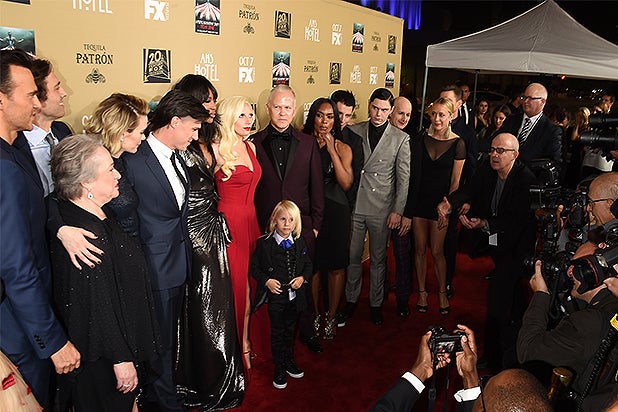 Bassett shied away from red at the premiere and instead opted for a one-shoulder black dress. She walked the carpet with husband Courtney B. Vance, who will play legendary lawyer Johnnie Cochran on “American Crime Story: The People v. OJ Simpson.”