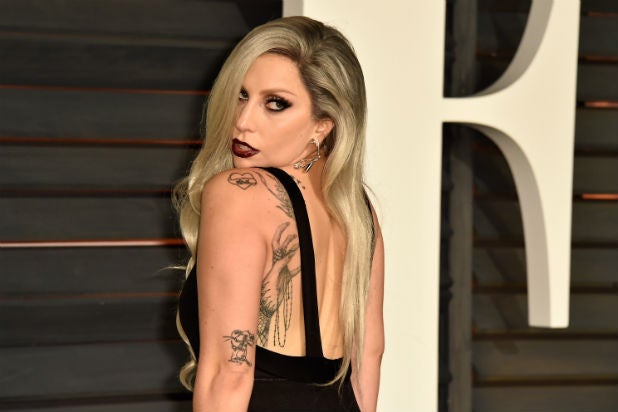 Things are about to get even stranger for Lady Gaga.

After arriving at the Oscars in a white gown and red dishwashing gloves on Sunday, the “Bad Romance” singer is going to star in the fifth season of “American Horror Story,” titled “Hotel,” FX announced on Wednesday.

Gaga will make her appearance in October, when Ryan Murphy‘s acclaimed, award-winning anthology next debuts. “American Horror Story” was renewed for a fifth go-round in October 2014 after installment four,”Freak Show,” set a ratings record for the network.

The singer revealed the theme of the fifth installment – “Hotel” – in a teaser video shortly after the announcement Wednesday. Murphy claims that he planted clues for the theme during the first two episodes of “Freak Show,” which had an Oscar-worthy guest star of its own when host Neil Patrick Harris made an appearance with husband David Burtka.

It is produced by 20th Century Fox Television.