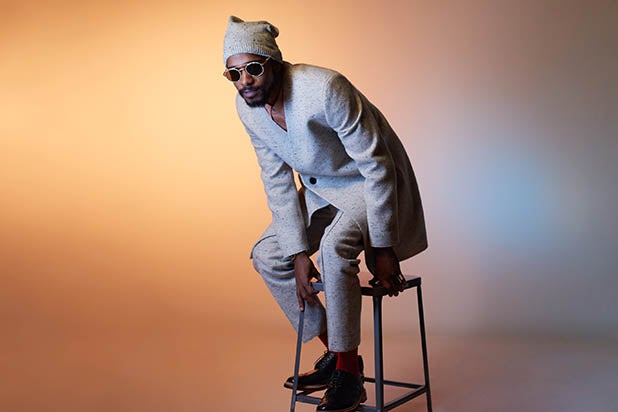 “Get Out” co-star Lakeith Stanfield apparently had a bad review of his own for film critic Armond White, after the notorious contrarian ruined the hit horror film’s perfect 100% Rotten Tomatoes rating.

“Armond White is a Bitch,” Stanfield tweeted Monday evening after White, who writes for the conservative magazine National Review, gave “Get Out” its first and so far only negative review.

Characterizing “Get Out” as a “get-whitey” movie, White excoriated the film, and director Jordan Peele who, he said, “manipulates the Trayvon Martin myth the same way Obama himself did when he pandered by saying, ‘Trayvon Martin could have been my son.'”

But it might have been the very personal terms in which White went after Stanfield’s performance in particular that set the “Atlanta” actor off. “Here, LaKeith Stanfield’s impersonation of comic Dave Chappelle’s still-puzzling neurosis is too alarming to laugh at,” White said.

White is best known for having been expelled from the New York Film Critics association in 2014 after he heckled “12 Years a Slave” director Steve McQueen at an awards dinner. According to multiple eyewitnesses, White called McQueen an “embarrassing doorman and garbageman,” and later yelled “f— you, kiss my ass” at him during the dinner. White, for his part, denied having heckled McQueen.

Suffice to say, White’s opinion of “Get Out” is not widely shared. Moviegoers gave the film an A- on CinemaScore, and in its opening weekend, it earned just under $34 million at the box office, well above analysts’ expectations. The film also accomplished the rare feat of increasing its daily box office totals from Friday to Sunday, an indication of strong word of mouth.

This isn’t the first time Stanfield has leapt to the defense of a project he’s involved with. After “Atlanta” lost Best Comedy Series to HBO’s “Silicon Valley” at the Critics’ Choice Awards in December, Stanfield crashed the stage and delivered a mock acceptance speech.

Representatives for Stanfield did not immediately respond to TheWrap’s request for comment.