If the Lakers had won the game, they would have taken a commanding three games-to-one lead in the best-of-seven NBA championship series, and would likely have clinched the title Sunday in Boston, or next Tuesday at Staples Center in L.A.

But with Boston tying the series at two games each, the likelihood increased that the series will go all the way to a seventh game, which would take place next Thursday, June 17.

That’s the same night — and, crucially, almost the same location — as opening-night festivities for the LAFF. 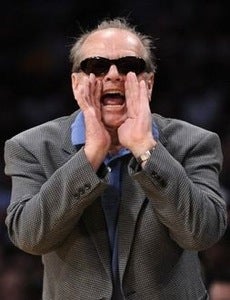 While Jack Nicholson sits courtside at the Staples Center, his pal Warren Beatty’s wife, Annette Bening, could be a block and a half away at the premiere theater in the Regal Cinemas complex, where the film in which she stars, “The Kids Are All Right,” will serve as the festival’s opening-night attraction.

And while Bening and hundreds of other guests will enjoy the after-party on the rooftop deck of L.A. Live’s west garage, the streets below could be teeming with 20,000 Laker fans in the mood to celebrate or mourn, as the case may be.

The prospect has festival officials concerned, but only mildly.

“I’m rooting for Lakers in six, 100 percent,” admits Film Independent’s executive director, Dawn Hudson. “As a citizen, as a fan and as a festival organizer.”

LAFF director Rebecca Yeldham says she has some concerns, but has been assured that the Regal complex is far enough from Staples Center not to create big problems.

And Francesca Leiweke, the manager of special events for L.A. Live’s owner, AEG, told theWrap, “It’s not even a problem. This is an events space, and we’ve seen it all.”

After last year’s Lakers championship, which was decided in Orlando, Florida rather than Los Angeles, crowds outside the Staples Center damaged a police car, threw rocks and bottles and lit fires. Police declared the gathering an unlawful assembly and made five arrests. 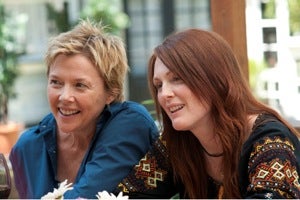 That scene was considerably milder than the first Lakers championship of recent years. When the Lakers won in 2000, fans outside Staples Center burned two police cars and damaged six dozen other vehicles at nearby car dealerships.

At the time that the LAFF schedule was originally unveiled in early May, a game seven at Staples Center seemed unlikely. The Lakers had gotten past a tough Oklahoma City team in the first round and were dispatching Utah in the second, but they had another round to go before even getting to the finals.

In the Eastern conference, meanwhile, the two top teams were the Cleveland Cavaliers and the Orlando Magic, both of whom had better regular-season records than the Lakers. If either of them had made it to the finals, they would have had home-court advantage, meaning a game seven would have taken place in Cleveland or Orlando, not L.A.

It took six more Laker victories, plus an unexpected surge from the East’s number three team, the Celtics, to set up the potential June 17 conflict. But with Thursday night’s Celtics victory, that collision just got a little more likely.

“It’ll be interesting downtown, it’ll be fun,” promises Hudson. “But ‘The Kids Are All Right’ would be very copasetic with the Lakers winning, I think. They’re a good double bill.”