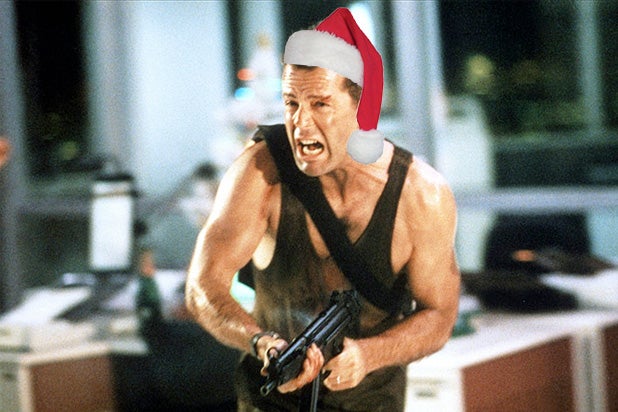 How do we know? Because if two rival police departments on opposite coasts can come together on one of the most polarizing debates in cinema, then it must be true.

Over Christmas Eve, the New York police department and the Los Angeles police department mutually agreed to set aside who has the best beaches or bagels and came to the conclusion that “Die Hard,” the 1988, Bruce Willis action classic, is a Christmas movie.

Also Read: Next 'Die Hard' Movie Has its Title: 'McClane'

“We’d like to acknowledge our partners at @LAPDHQ who have been working with us to protect Christmas since Hans Gruber’s 1988 attack on Nakatomi Plaza,” the New York cops said in a tweet.

And the Angelenos were quick to respond: “We too would like to acknowledge our partners at @NYPDnews for their continued partnership,” the LAPD wrote. “They’ll always be more than welcome to follow in McClane’s footsteps & come to the (better) coast & have a party. Yippie Ki Yay & ho ho ho. #YesItsAChristmasMovie

Now, a moment to weigh both sides of the debate:

In the film, John McClane (Willis) is trying to get home to his family over the holidays, and he stops over at a company Christmas party before it is hijacked by terrorists. McClane even taunts the bad guys with a dead guy wearing a Santa hat and a shirt that says “Ho Ho Ho.” Even the screenwriter has discussed some of the film’s parallels to the nativity story. What’s more, 20th Century Fox decided themselves it’s a Christmas movie, recently releasing a new trailer for the film that specifically brands it as a holiday classic.

Counterpoint: don’t be stupid. It’s not “It’s a Wonderful, Life,” which by the way is only barely set at Christmas. But if every movie set in December was a Christmas movie, then the list would be endless. And Bruce Willis himself trolled everyone at his Comedy Central Roast and declared himself that “Die Hard” is not a Christmas movie.

If you’re still torn though, you can always pick up the book “A Die Hard Christmas” written in the style of the classic “Twas the Night Before Christmas” and decide for yourself.

See the tweets from the NYPD and LAPD below:

On this Christmas Eve, we’d like to acknowledge our partners at @LAPDHQ who have been working with us to protect Christmas since Hans Gruber’s 1988 attack on Nakatomi Plaza. #DetectiveJohnMclean #YesItsAChristmasMovie pic.twitter.com/qOEgD1Lqt3

On this Christmas Eve, we too would like to acknowledge our partners at @NYPDnews for their continued partnership-they’ll always be more than welcome to follow in McClane’s footsteps & come to the (better) coast & have a party. Yippie Ki Yay & ho ho ho. #YesItsAChristmasMovie pic.twitter.com/yAKpZK7eIa